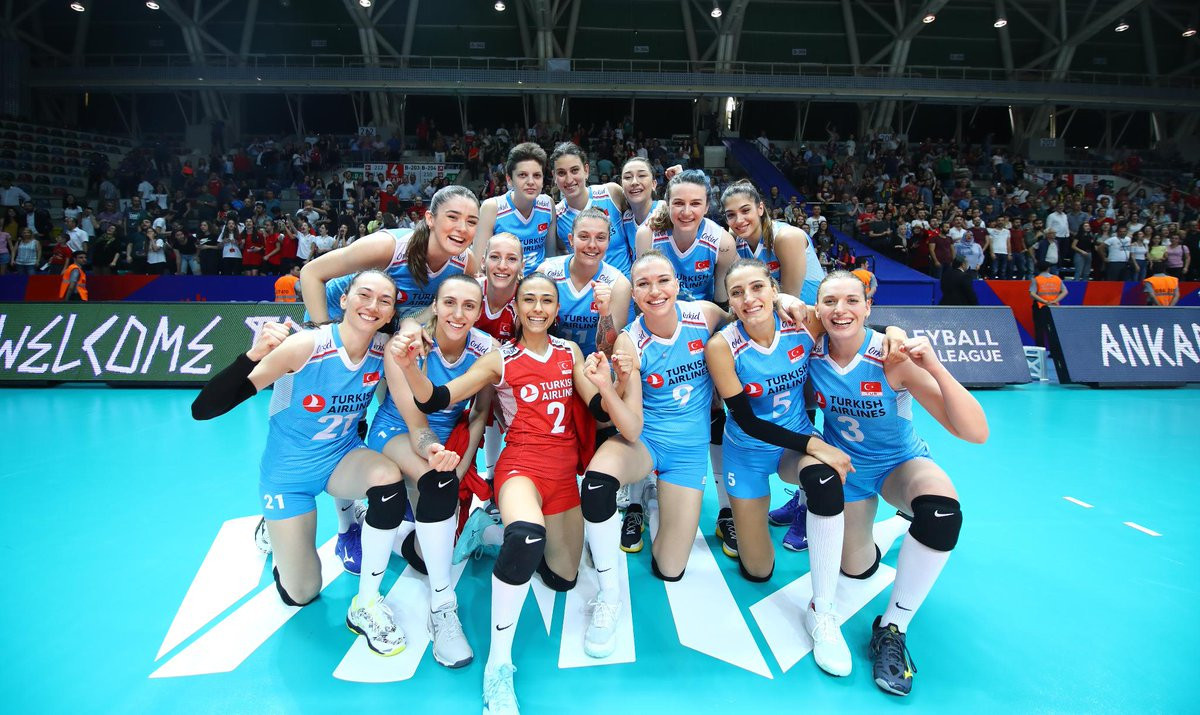 They now have 15 points in the standings, with their superior set and points ratio giving them the lead.

Dominican Republic stunned defending champions the United States in a drawn out battle at the Zoppas Arena in the Italian town of Conegliano, eventually triumphing 25-10, 16-25, 25-19, 19-25, 15-11 in pool five.

Competition is due to begin again on Tuesday (June 4), when Hong Kong, Lincoln in the United States, Bangkok and the Belgian city of Kortrijk will be hosts.

The men's event will commence tomorrow.

Jiangmen in China, Mendoza in Argentina, the Polish city of Katowice and Novi Sad in Serbia are due to welcome the first week of the preliminary round.

Of the 16 teams competing, defending champions Russia are returning to attempt to retain their title.

Their opening match will be against France at SPC Vojvodina in Novi Sad, in what is a replay of last year's final.

Reigning Olympic champions Brazil are also set to feature, taking on the US in their first fixture at Spodek in Katowice.

The top five teams in both the women and men's pool stages will progress to the final round.

Nanjing in China is due to host the women's final, with Chicago welcoming the men's.