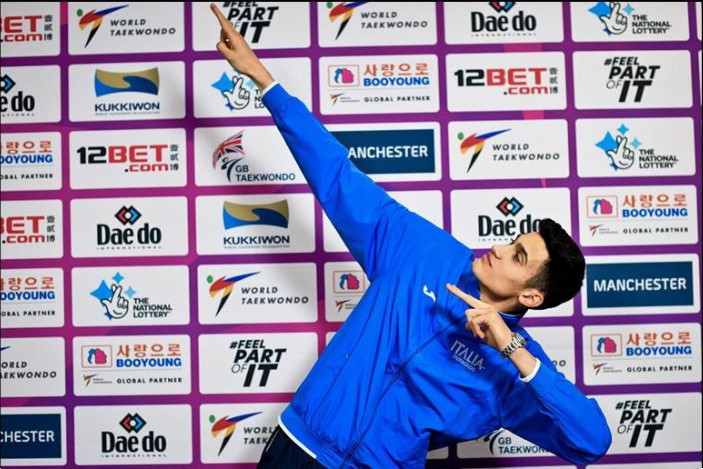 Italy’s Simone Alessio is hopeful of securing home success when he competes at next month’s World Taekwondo Grand Prix in Rome, three weeks after he became his country’s first-ever world champion in the sport.

The 19-year-old made history earlier this month by beating Jordan's Ahmad Abughaush in the men’s under-74 kilograms gold medal-bout at the World Taekwondo Championships in Manchester.

But, despite his breakthrough achievement, Alessio is not thinking as far as next year's Olympic Games in Tokyo and only focusing on the upcoming event in Italy’s capital from June 7 to 9.

"I am looking forward to the Rome Grand Prix in a few weeks, which I hope to win.

"I am living in the present and just trying to be the best I can be."

Alessio added: "I am so proud of my team.

"Even though I was the only one to leave the World Championship with a medal, they all did great and I can’t wait to keep training together.

"I want to thank them all for the support and I am excited for our next competition together."

Reflecting on his triumph over the more experienced Abughaush, who became Jordan’s first-ever Olympic gold medallist in any sport at Rio 2016, Alessio said he is proud of his achievements.

Towering 19 centimetres above his opponent at 6ft 4in, the Italian used his height as an advantage to win 18-11.

"This has been my dream since I was a child, so it was really great to arrive in the best condition I have ever been in and win gold," Alessio said.

"I had to train really hard for this competition because I knew Abughaush was going to be very strong.

"When I won, I couldn’t believe it.

"I think this is only the start."

Alessio’s height over Abughaush was noticeable in the final and while some believe this gives him a natural advantage, he does not necessarily agree.

"I guess I have a small advantage because of my height, but if my opponent is quick and smart, I find this difficult," he added.

"It is not always easy.

"But my favourite action is kicking, which I am good at because of my long legs."