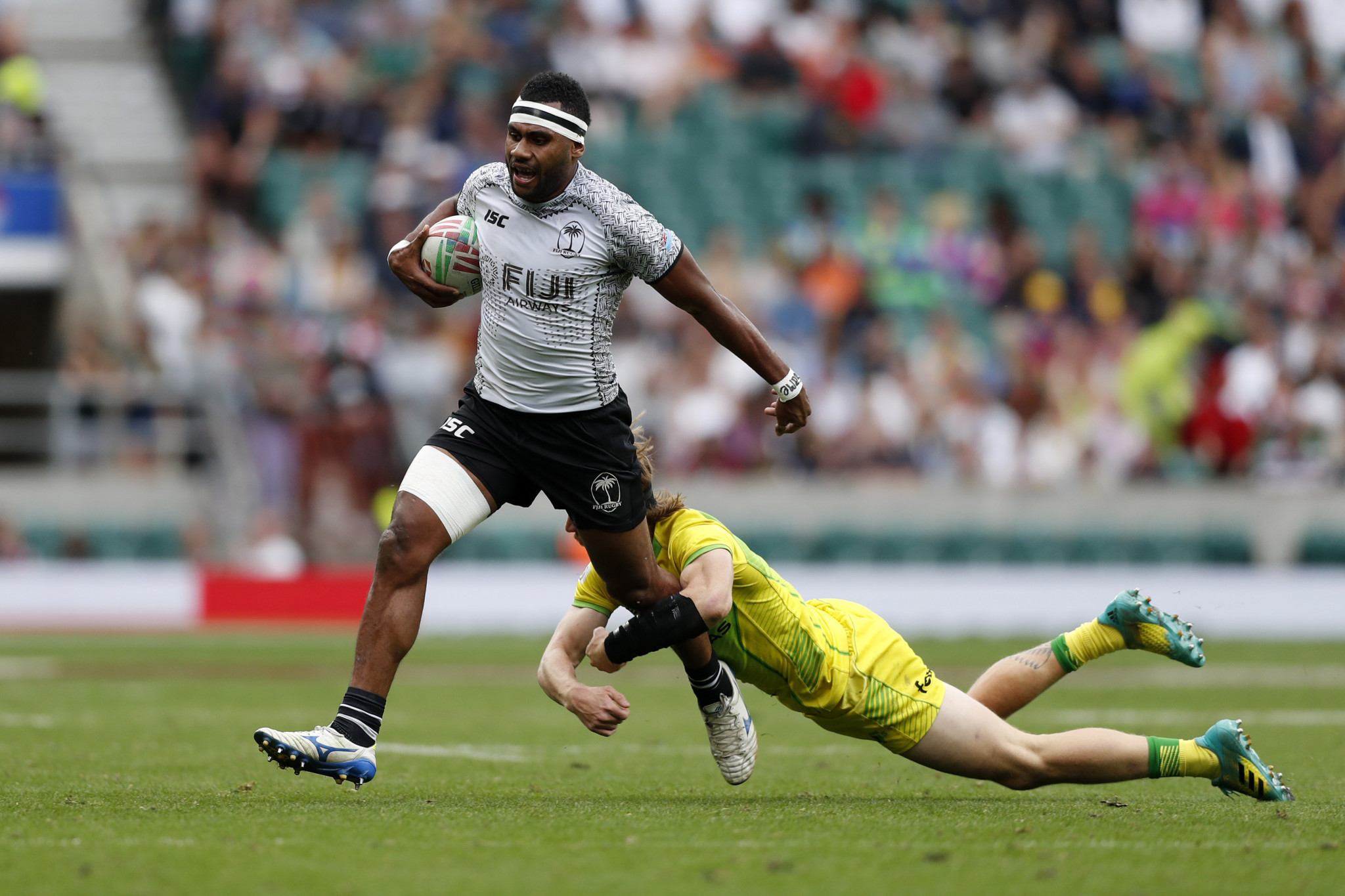 Olympic champions Fiji moved into the overall lead in the race for the World Rugby Sevens Series title as they thrashed Australia in the final in London.

Fiji were at their free-flowing best as they recorded a 43-7 win at Twickenham Stadium.

The Fijians ran in seven tries to defend their London crown in style.

They are two points ahead of the United States, who beat France 31-14 in the bronze medal match, with just the series finale in Paris to come.

Fiji, who secured their place at the Tokyo 2020 Olympics along with the US and New Zealand yesterday, have 164 points.

The US trail the Pacific nation, whose victory in London was their fourth on this season's circuit, by two points on 162.

It is a straight battle between the two countries for the overall title, which will be decided in Paris next weekend.

New Zealand have the faintest of chances of snatching the crown but can only lift the trophy if they win in Paris and Fiji and the US endure disastrous outings in the French capital.

"Obviously we found it tough in the first four or five minutes when Australia put something in – we knew they're a good side and a tough side to play against – so we knew that we needed to get some scores on the board, and we did it with some style," said Fiji coach Gareth Baber.