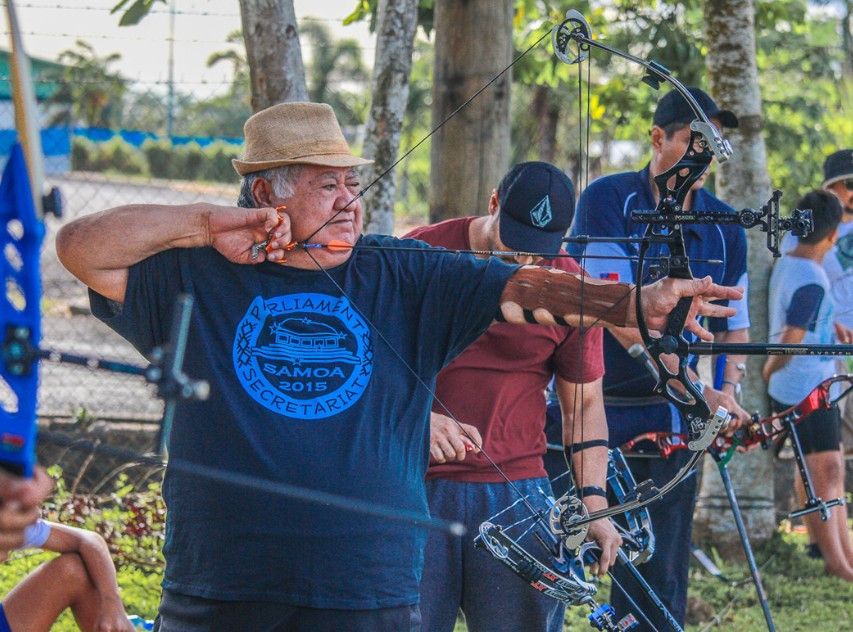 Samoa's Prime Minister Tuilaepa Sailele Malielegaoi will represent his country in archery at the 2019 Pacific Games after he progressed through trials.

The 74-year-old had competed for Samoa at the 2007 Pacific Games, the last time the country hosted the event.

He became the first Prime Minister to participate in an international sports competition, winning a silver medal.

"Not too many sports around the world would get the Prime Minister involved in the Games, which is very impressive," said James Larven, the technical delegate for archery.

"It is very rare for any country to have the Prime Minister involved."

Archery will be held from July 9 to 12 at Faleata Sports Field in Apia, with competition taking place in compound and recurve events.

"We need to practise as often as possible to improve our shooting style," Tuilaepa said after the trial event.

"We know the techniques and we need to perfect our techniques.

"It’s the same techniques that we also used in the last Games that were held here and we believe strongly in the principle that practice makes perfect.

"This is our first tournament to get our team in place and I would imagine that this will continue, so that by the time of the Games we should have a very good and strong team to represent Samoa."