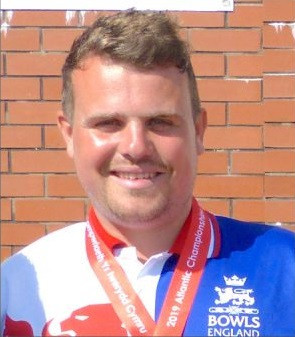 England's Jamie Walker made a successful defence of his title after beating Scotland's Darren Burnett in the men's singles final at the World Bowls Atlantic Championships in Cardiff.

In a repeat of the 2015 final, Walker prevailed 21-19 over his Glasgow 2014 Commonwealth Games gold medal-winning opponent.

The win earned him a second triumph at this year's event after he partnered Steve Mitchinson to victory in the men's pairs last week.

The women's pairs and triples winners were also determined.

The clubs that hosted games at the event were Penylan, Dinas Powys, Barry and Penarth.