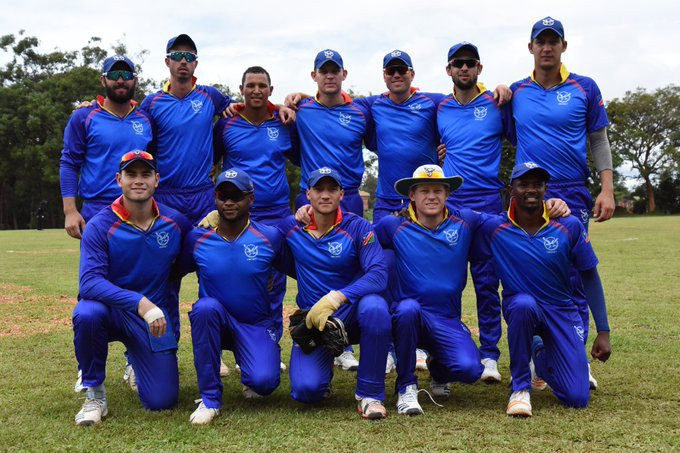 Namibia moved a step closer to securing a place in the top two at the International Cricket Council (ICC) World Twenty20 Africa Qualifier and Regional Finals as they recorded their third consecutive victory by defeating Botswana in Uganda.

The Namibian side continued their 100 per cent start to the tournament with a comfortable 10-wicket win over Botswana at Kyambogo Cricket Oval in Kampala.

Botswana were bowled out for just 46 as Christoffel Viljoen took five wickets for nine runs.

Chasing 47 to win, Namibia knocked off the required runs in one ball shy of four overs for the loss of no wickets.

Niko Davin scored 37 runs to propel his team to a third consecutive win.

Kenya edged a thriller against Uganda to clinch their second straight victory at Lugogo Cricket Oval.

The Kenyan team set Uganda a target of 146 from their 20 overs but Uganda fell short on 144-9, suffering defeat by a margin of one run.

Nigeria also continued their recovery at the event, defeating Ghana by 28 runs to join Kenya in claiming successive wins.

The prize for the top two at the end of the competition is a place at the T20 World Cup Qualifier in the United Arab Emirates.