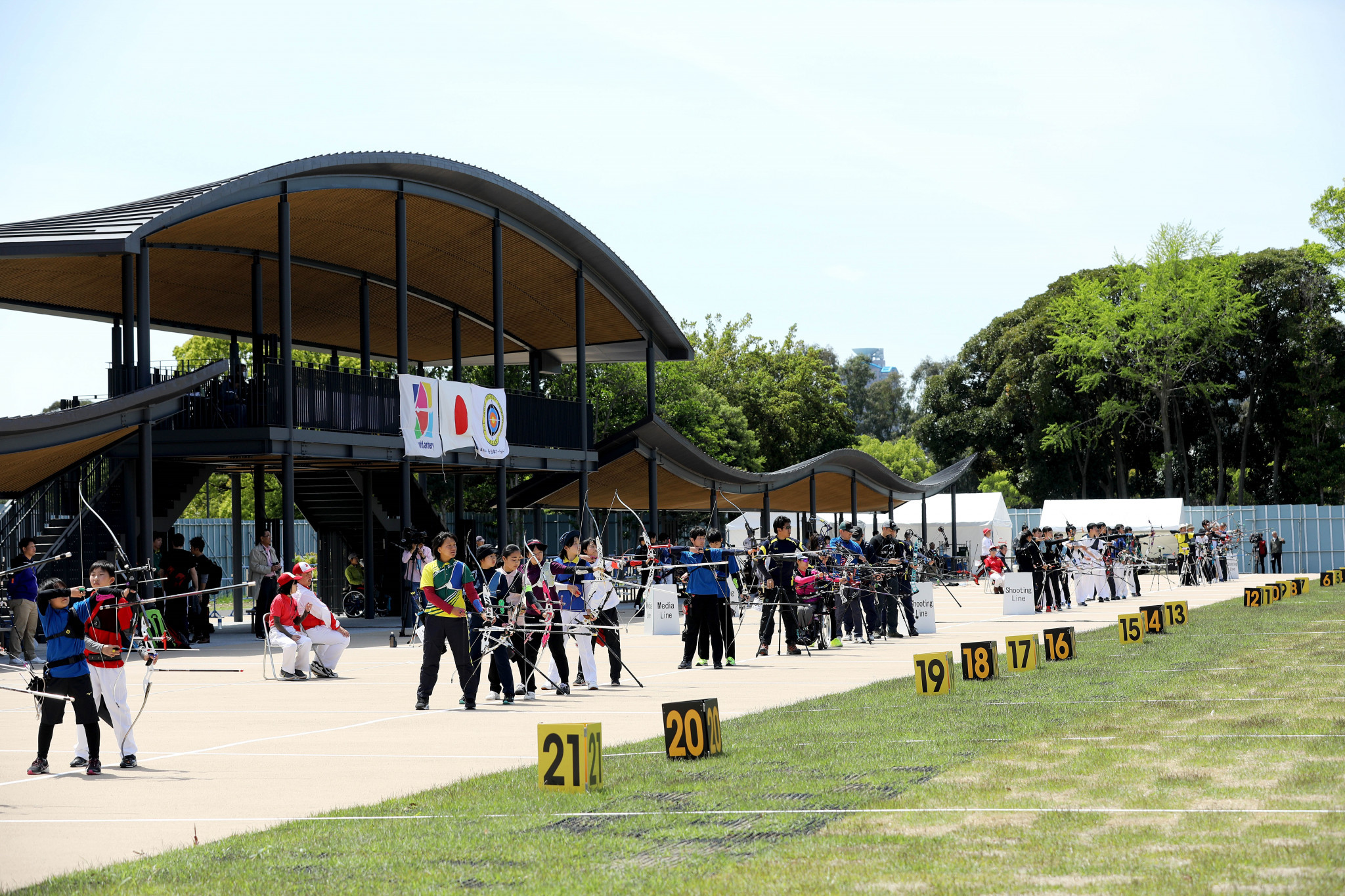 The venue was one of three visited by the IOC delegation during a three-day visit to the Japanese capital.

Progress at the Tokyo Aquatic Centre and the Kasai Canoe Slalom Centre were also assessed.

The permanent facility at the Yumenoshima Park Archery Field was viewed after it was unveiled last month.

It was the second venue to be completed ahead of next year’s Games following the Musashino Forest Sport Plaza being opened in 2017, the site for badminton, modern pentathlon and wheelchair basketball at the Paralympics.

The Yumenoshima Park Archery Field is considered the first venue planned as a direct result of the Games to be completed, with construction of the Musashino Forest Sport Plaza having been decided regardless of whether Tokyo were awarded the Olympics and Paralympics.

The permanent venue will host the qualification rounds for archery during both Games.

Construction of the site included the development of the lawn area and artificial hill, which will be faced by archers during competition.

Archers will stand on a heat shielded pavement while competing, before returning under the 130 metres long roof shade, which has been designed to look like a bow.

A storage area has also been completed.

The qualification rounds will be at a standing only venue.

The venue is envisaged to have two purposes post-Games, with the initial aim to allow the public to use the area for archery and the hosting major archery competitions.

Around 20 competitions, including national and regional events, have been targeted on an annual basis in a drive to promote archery, a sport Japan has never won an Olympic gold medal in.

The second aim is to allow the public to use the lawn as a relaxing space as part of the wider Yumenoshima Park.

The venue is located adjacent to the Tokyo Sports Culture Centre and nearby to the Yumenoshima Tropical Greenhouse Dome.

The match play stage of the archery events will take place in a temporary venue to the left of the permanent facility.

Work remains ongoing at the site, which will become the Yumenoshima Park athletics field after the Games.

The match play stage will have a capacity of 5,600 spectators.

The archery test event is due to take place from July 12 to 18.