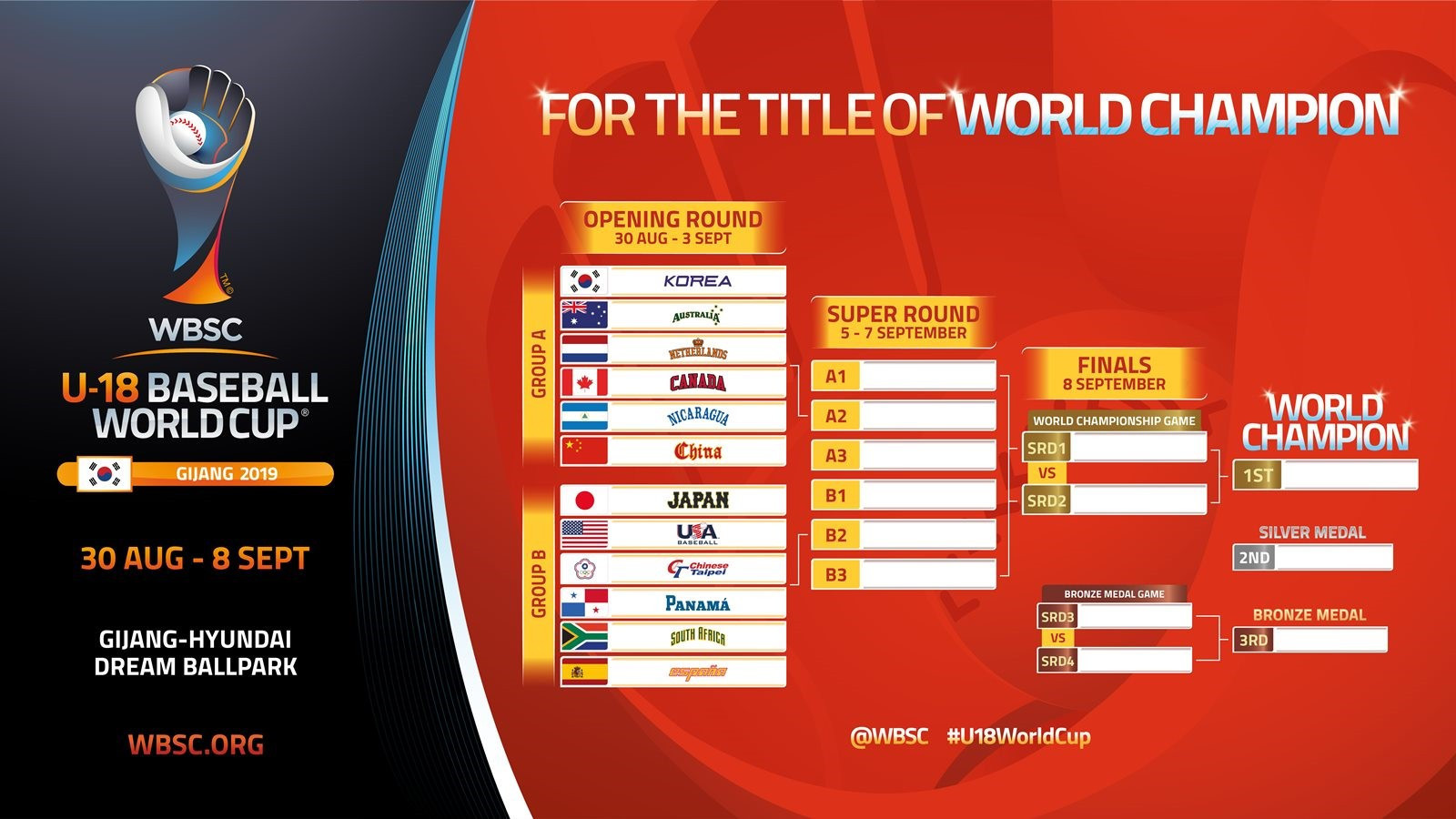 The World Baseball Softball Confederation (WBSC) has unveiled the draw for this year's Under-18 Baseball World Cup.

Hosts and 2017 runners-up South Korea headline Group A and are placed with two other teams in the world's top 10, Australia and the Netherlands, as well as Canada, Nicaragua and China.

Group B features the world's number one side, Japan, four-time defending champions United States and a strong Chinese Taipei team, alongside Panama, South Africa and Spain.

"Both groups feature the best youth teams in the world and this will create a very intense opening round," said WBSC President Riccardo Fraccari.

"The Under-18 Baseball World Cup is one of the most prestigious international events in the youth sports space, with players who have done well here going on to stardom and securing some of the most lucrative contracts in sports."

The tournament is due to be staged from August 30 to September 8 at Gijang-Hyundai Dream Ballpark in Gijang, Republic.

The likes of Japan's Yu Darvish and Shohei Ohtani, Korea's Shin-soo Choo, Cuba's Yasiel Puig and Aroldis Chapman have gone on to become big names in baseball having featured in the Under-18 Baseball World Cup.

Korea Baseball Softball Association will host the event in collaboration with Gijang County and the nation's Ministry of Strategy and Finance, and Ministry of Culture, Sports and Tourism.

The tournament's promotional video is due to be released in late June or early July.