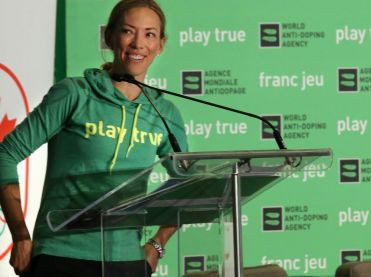 An in-depth investigation has cleared senior World Anti-Doping Agency (WADA) figures of bullying, while making four recommendations to address "ongoing tension over allocation of power among different WADA constituencies" and other issues.

The firm’s 133-page report, which WADA has now published in full, along with the "unedited" audio recording of its September 2018 Executive Committee meeting, concludes that "no one" at the meeting "bullied or harassed Ms Scott" regarding her objection to the controversial reinstatement of the Russian Anti-Doping Agency (RUSADA).

It goes on: "The exchange between Ms Scott and Messrs Ricci Bitti and Baumann at that meeting took place after Ms Scott presented the Athlete Committee report…

"While Mr Ricci Bitti’s response to that report reasonably could be viewed as aggressive or disrespectful," the new document continues, "his behaviour did not rise to the level of bullying or harassment".

Moreover, "while Mr Baumann objected to Dr Moses having spoken on a particular issue at the May 2018 Executive Committee meeting", the investigation "uncovered no credible evidence that Dr Moses was told to “shut up” at that meeting or the Foundation Board meeting held the next day”.

The recommendations made by the report were as follows:

a) WADA should adopt a Code of Conduct and complaint policy for the Executive Committee, Foundation Board and Standing Committees.

Investigators said they were “struck…by testimony from Public Authorities witnesses, who felt that WADA Executive Committee meetings were substantially more combative than the meetings of any other multilateral organisation in which they participate”.

b) WADA should conduct “mandatory training” for Executive Committee members on best practices for boardroom dialogue.

c) It should resolve “any remaining differences” over the role of Standing Committee members at Executive Committee meetings.

d) It ought to “clarify” the role of the WADA Athlete Committee.

As previously reported, Scott and Moses declined to participate in the investigation after claiming the process was “fatally flawed”.

The new report states that “regrettably” the pair “declined to be interviewed unless we agreed to unreasonable and highly unusual conditions on their participation”.

WADA said it was “satisfied that the investigation was conducted independently and in accordance with international best practices”.

The Executive Committee would “consider the four recommendations relating to the agency’s governance policies, training and protocols” and “remains ready to make improvements where it can”.

Discussions related to those recommendations aside, it now considered the investigation to be “closed”.

The report can be found by clicking here.