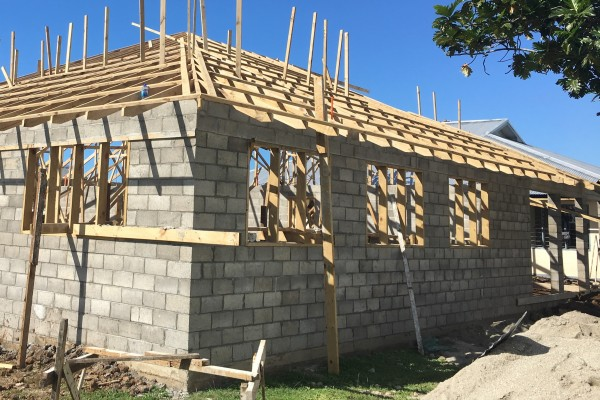 Samoa 2019 says the Games Village is on track to be delivered in advance of this year’s Pacific Games.

The Faleula Methodist Compound was confirmed as the Games Village in November.

Construction and renovation efforts are ongoing in preparation for the Games, with more than 3,500 athletes and officials expected to attend.

The construction process is being overseen by Reverend Amosa Tapuai, the Samoa 2019 accommodation project manager.

"As of now, all the preparations are ahead of schedule,” Tapuai said.

“We are hoping to complete all construction and renovations of the building at the end of May.

“As of now all the bed bunks, pillows, sheets and everything for the rooms such as soaps and things like that, have arrived for the Games.

“So we are excited as we are getting closer to the Games.”

The compound is owned by the Methodist Church with the Games providing the opportunity for renovations of their buildings.

Several new homes are also being constructed, with organisers stating many have spacious communal rooms.

The kitchen facilities for the dining hall are being renovated, while the hall itself can seat up to 1,500 people at a time, it is claimed.

Samoa 2019 state that breakfast will be prepared from 5.30am every morning prior to athletes heading to their competition venues.

Electric Power Corporation, a Games sponsor, have been upgrading the electricity supply to the village.

Samoa 2019 added that inspections are being conducted to check that smoke and fire alarms are installed and operational, along with assembly points and evacuation routes being clearly marked.

Police will be on site throughout the Games, with three shifts of 50 officers each.