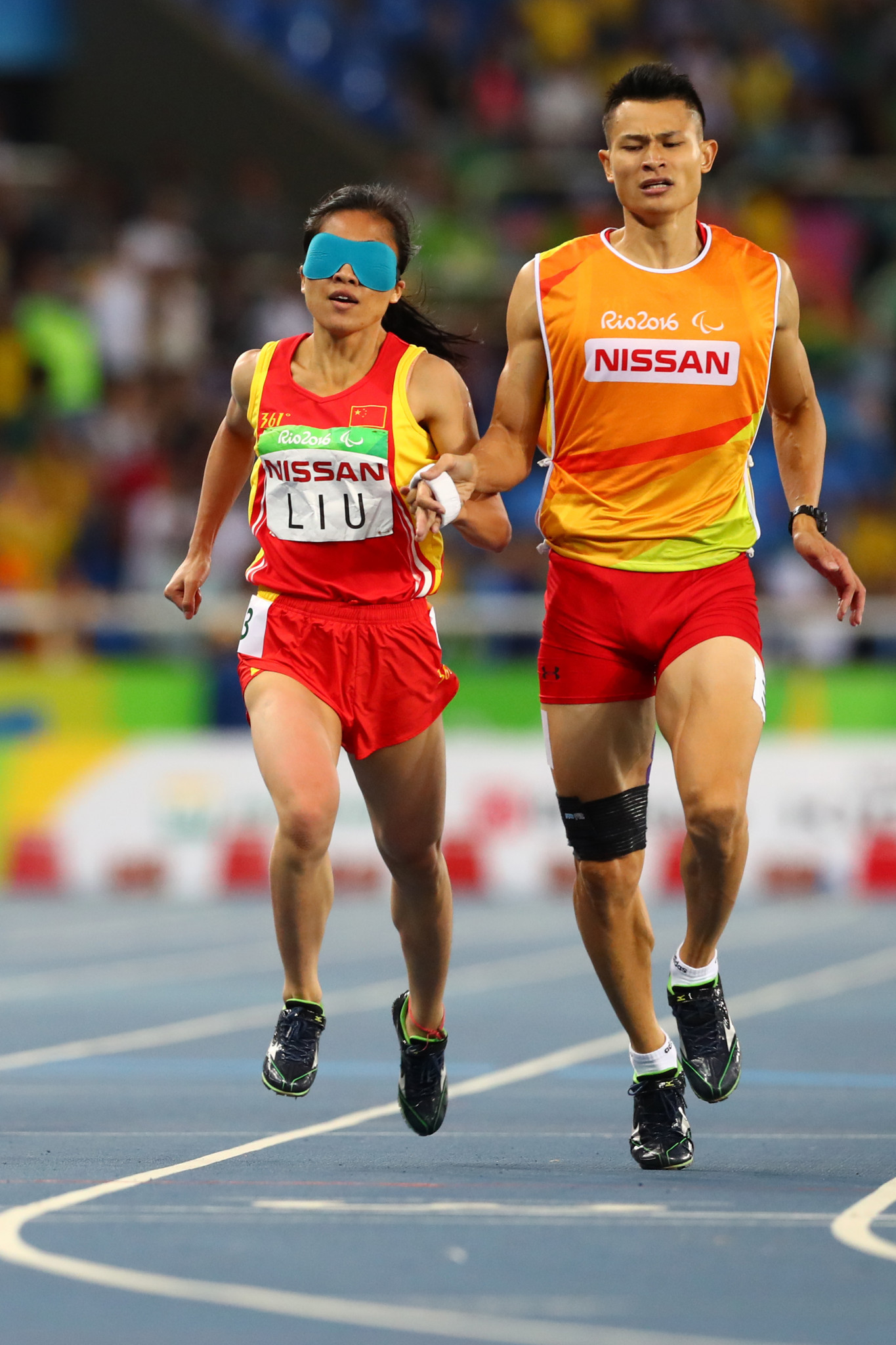 A day after their high-profile meeting in the women’s 200 metres in the T11 visually-impaired category at the third World Para Athletics Grand Prix of the year in Beijing, champion home athletes Zhou Guohua and Cuiqing Liu met again over 100m – and the result was the same.

World 400m champion Liu, who beat Zhou – the London 2012 100m gold medallist and world 100 and 200m champion from London two years ago – over the longer sprint repeated the trick today in the Chinese capital.

Liu, 25, won her T11 visually-impaired category race at the China Administration of Sports for Persons with Disabilities complex in 12.13sec, with Zhou taking silver in 12.37.

World bronze medallist Dongdong Di also followed up in the shorter sprint having won the T11 200m title the previous day, clocking 11.45sec to earn gold in the men’s 100m.

World champion Wang Yanzhang, who had won the F34 men’s discus and shot put the day before, added to his collection of gold in the F34 men’s javelin.

China has topped the medals table at the past two World Championships in 2015 and 2017, as well as the track and field standings at the last four Paralympic Games, and judging by the mounting total of gold medals they are amassing in Beijing that record is likely to continue.