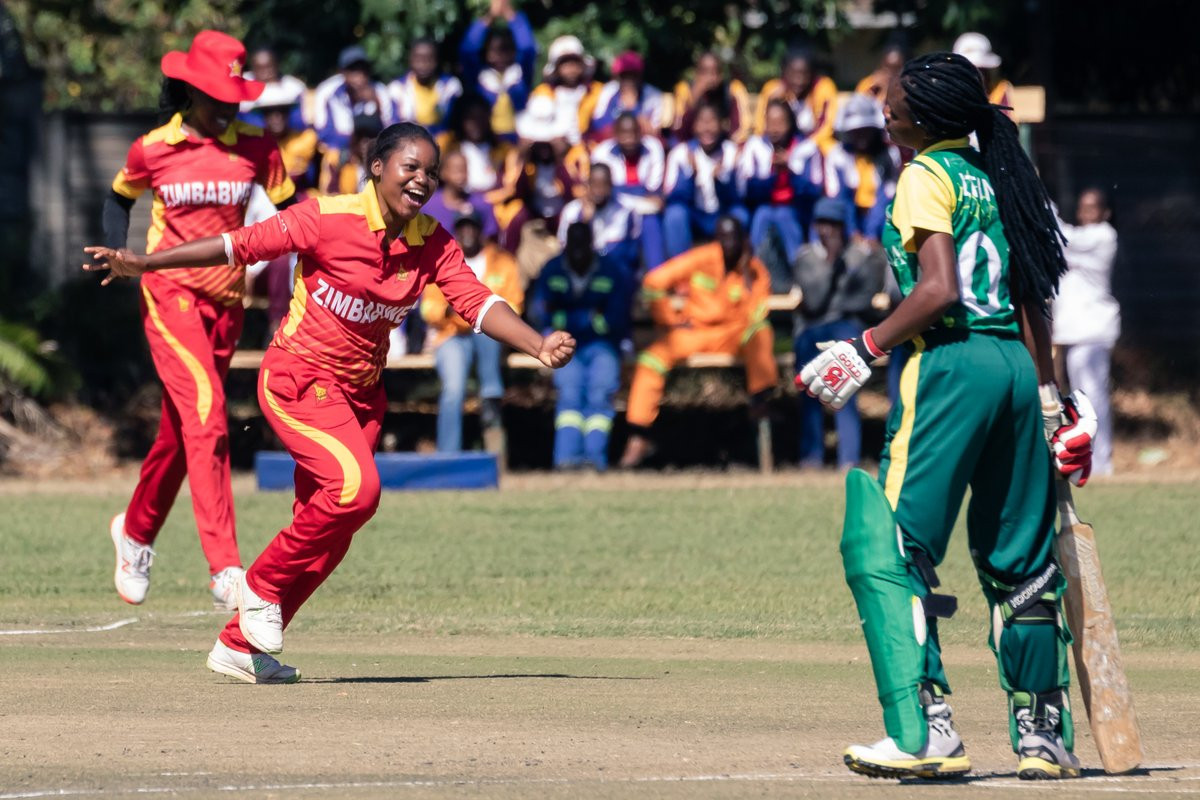 Zimbabwe won their fourth consecutive game at the International Cricket Council (ICC) Women's Qualifier Africa 2019 in Harare having already qualified for the final.

The home side faced Nigeria at Old Hararians Sports Club.

Nigeria were bowled out for 35 in 12.1 overs, the lowest score of the tournament so far.

Ashley Ndiraya and Sharne Mayer's 36-run opening partnership proved enough to seal the victory for Zimbabwe and saw them finish top of Group A with eight points.

In the remaining fixture, Tanzania defeated Rwanda by 38 runs, totalling 114 for six in 20 overs.

That win saw them finish second on six points.

Zimbabwe had already booked their place in the final against Namibia, which is set to take place tomorrow.

The Women’s T20 World Cup Qualifier is due to take place in Scotland between August 31 and September 7, with Bangladesh, Ireland, Scotland and Thailand confirmed participants.

The location and dates of the Women's Cricket World Cup Qualifier are yet to be decided, but Bangladesh, Ireland, Thailand and Sri Lanka have already booked their places.