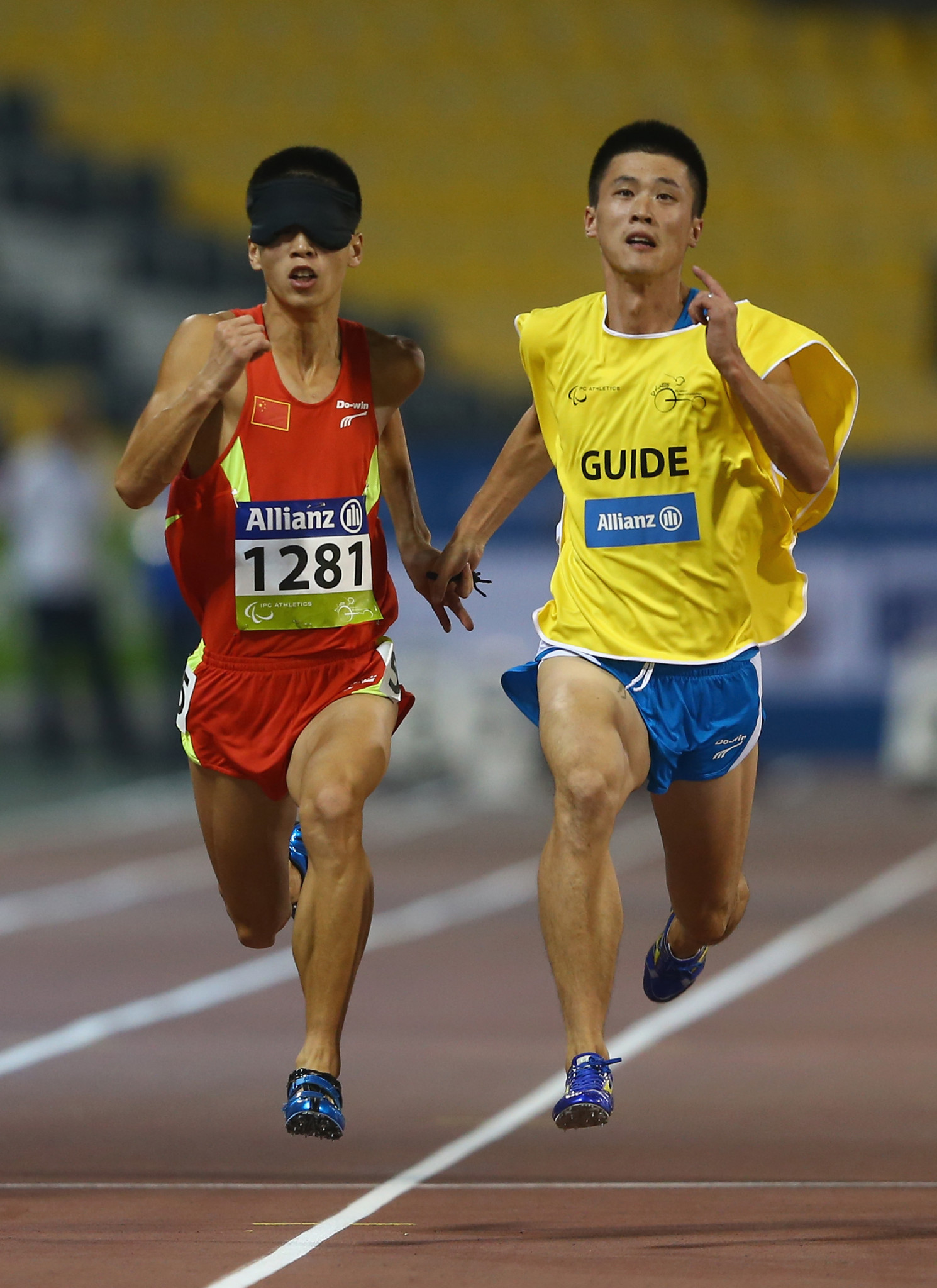 Hosts China made a strong impact on the podium places on the opening day of the third World Para Athletics Grand Prix of the year in Beijing.

The event will provide a valuable insight into what can be expected from China’s top athletes at the World Championships later this year.

China has topped the medals table at the last two World Championships in 2015 and 2017, as well as the track and field standings at the last four Paralympic Games.

The country’s Para athletes also dominated the podiums at the 2018 Asian Para Games in Indonesia.

Some of their top performers came good once again as the action got underway at the China Administration of Sports for Persons with Disabilities complex – one of the training venues used at the 2008 Paralympic Games in the Chinese capital.

One of the main focuses of attention lay on the women’s 200 metres in the T11 visually impaired category.

The race pitted Zhou Guohua, London 2012 100m gold medallist and world 100 and 200m champion from London two years ago, against fellow Chinese athlete Cuiqing Liu, the world 400m champion who was dropping down a distance.

The 25-year-old Liu proved superior on this occasion, winning in 24.65sec, with Zhou settling for silver in 26.10.