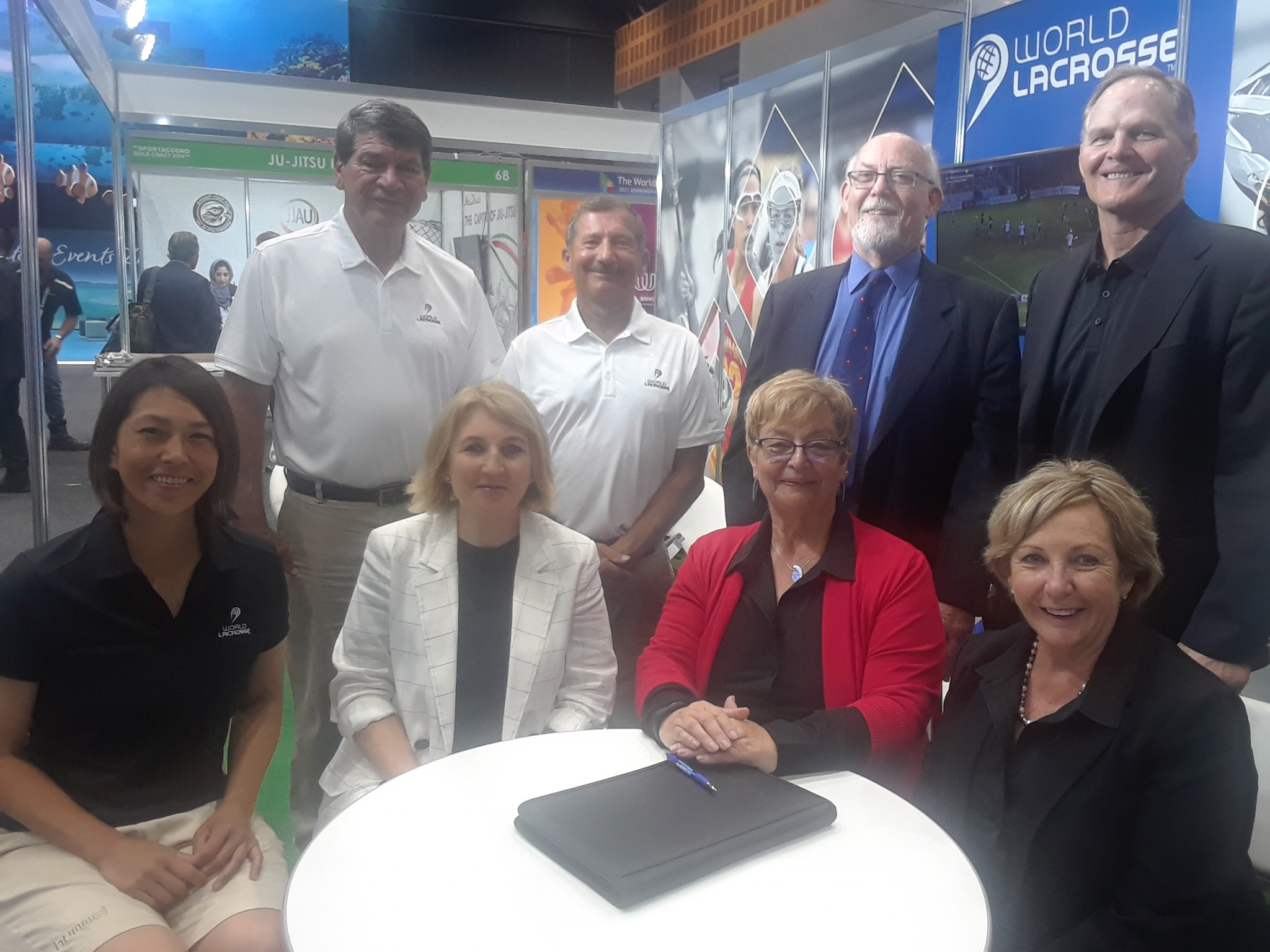 World Lacrosse President Sue Redfern has reaffirmed the International Federation’s commitment to furthering opportunities for women and girls to participate in the sport by signing the Brighton plus Helsinki 2014 Declaration on Women and Sport.

The signing took place here during SportAccord Summit, where earlier in the week the governing body had launched its new name and logo.

"We are honored to add our full endorsement and support to the Brighton plus Helsinki 2014 Declaration on Women and Sport," said Redfern.

"One of the core values of lacrosse is opportunity.

"As an International Federation, we are committed to making certain women and girls around the globe have the opportunity to participate in our great game and benefit from the life-changing values of sport."

Developed and established by the International Working Group (IWG) on Women and Sport in 1994, the Brighton Declaration is an international treaty that has become a road map to support the ongoing development of a more fair and equitable system of sport and physical activity, fully inclusive of women and girls.

Its intention is to complement all sporting, local, national and international charters, laws, codes, rules and regulations relating to equity in sport and physical activity, whilst also setting an even higher benchmark related to the full inclusion of women and girls in all aspects of society.

Those that endorse the Declaration commit to upholding the 10 principles that enable women and girls to freely and safely participate, compete and build careers in sport and physical activity.

In 2014, on the 20th anniversary of its original establishment, the Brighton Declaration was updated by the IWG to become the Brighton plus Helsinki Declaration, to better reflect a changed landscape, including major developments in international policy, while still holding true to the founding principles.

Today, more than 550 global organisations are signatories to this treaty.