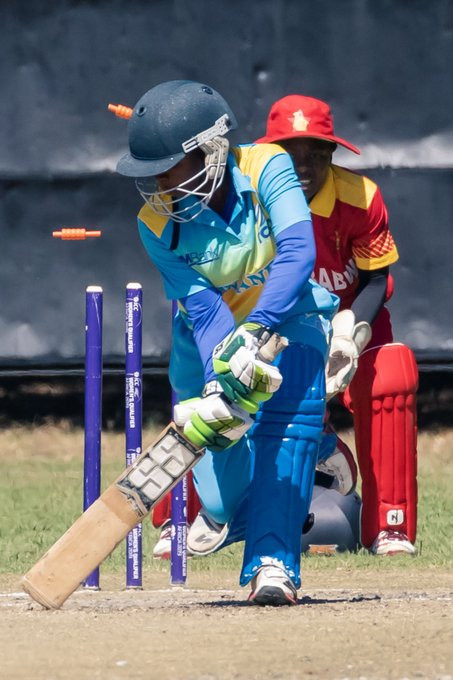 Hosts Zimbabwe set up a meeting with Namibia in the final of the International Cricket Council (ICC) Women's Qualifier Africa 2019 with victory over Rwanda in Harare.

Zimbabwe batted first and posted a decent total of 145-2 from their 20 overs at Harare Sports Club.

Opener Modester Mupachikwa led the way for the home side as she hit 62 off 58 balls, while Sharne Meyers chipped in with 40.

Chasing 146 to claim an unlikely victory, Rwanda could only manage 63-8 as they fell to defeat by 82 runs.

In the other match played today, Tanzania beat Mozambique by 10 wickets.

Tanzania bowled their opponents out for 40 and easily knocked off the required runs to secure a comprehensive win.

Papua New Guinea are on course to qualify following a 10-wicket win over Japan, who overcame Fiji by 31 runs in their first match of the day.

Papua New Guinea bowled out a hapless Japanese side for 37 and reached the total with ease.