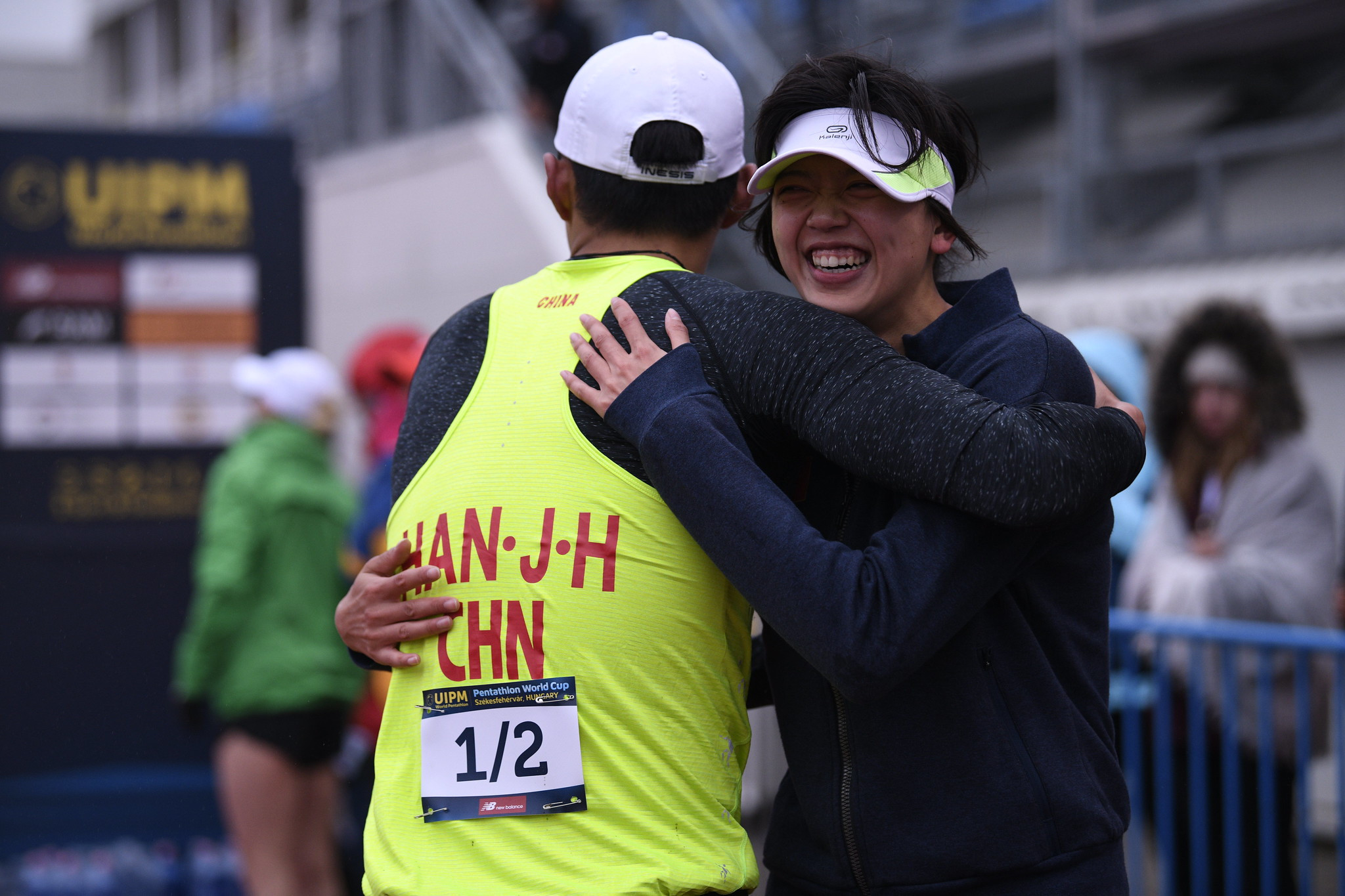 The Chinese pair finished comfortably ahead of the rest of the field with 1,436 points.

Blanka Guzi and Bence Kardos earned a medal for the host nation as they took silver, 24 points adrift of Bian and Han.

Gintare Venckauskaite and Justinas Kinderis of Lithuania rounded off the podium having scored 1,407 points, while Germany finished outside of the medals.

Bian and Han sealed victory thanks to a time of 11min 55sec in the final discipline, the laser run, while they also impressed in the swimming and fencing events.

Congratulations to HAN Jiahao and BIAN Yufei who both take home gold , teamwork makes the dream work at the UIPM 2019 Pentathlon World Cup in Székesfehérvár, you are true heros!!! 👊💪🥇 #WorldCupSzékesfehérvár #Modernpentathlon pic.twitter.com/PMcSsuW0GX

"In riding it was very difficult because the weather was bad, with big wind and big rain," Han said.

“The last event, laser run, was also difficult because the pistol is not good on a rainy day.

"But we are very happy to win."

Bian also lamented the tough conditions, particularly in the shooting stage of the laser run but said they had been forced to "solve this kind of problem" to claim gold.