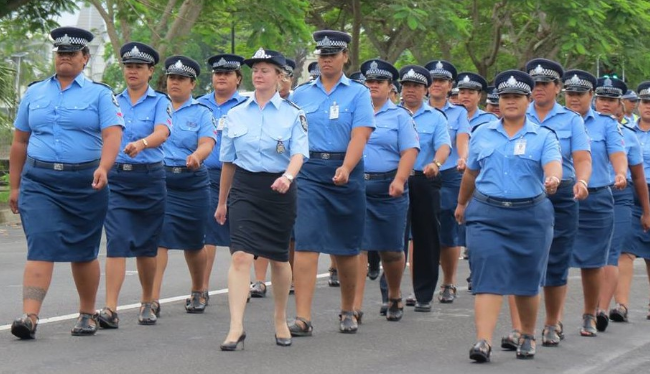 Samoa Police Service chief Ituau Ale Junior has promised a “high-priority policing presence” around Upolu – where most of the Samoa 2019 Pacific Games will be held.

Security coordinator and detective inspector Ale Junior confirmed the same would apply to Savai’i, the island due to stage the boxing competition.

Action at Samoa 2019 will be spread across 20 venues and more than 4,000 athletes and officials will be present.

Police teams will be stationed at airports, competition venues and accommodation, while other police will provide logistical support.

“Our country and our culture are the backbone of what we do, so without them this task is impossible,” said Ale Junior.

“We are sons and daughters of Samoa and we want the safety and security of Samoa to remain intact prior, during and after the Games.

“The SPS will work collectively with Government and partner agencies, notably at the border, to prevent, deter and detect any unlawful activities.

“The SPS will remain vigilant prior to and during the Games.”

Around 700 police officers have been training for more than a year in preparation.

“We would like to acknowledge the support of the Ministry of Education, Sports and Culture, who are providing teachers to be part of the SPS in an auxiliary police role,” said Ale Junior.

The Pacific Games are due to take place from July 7 to 20.