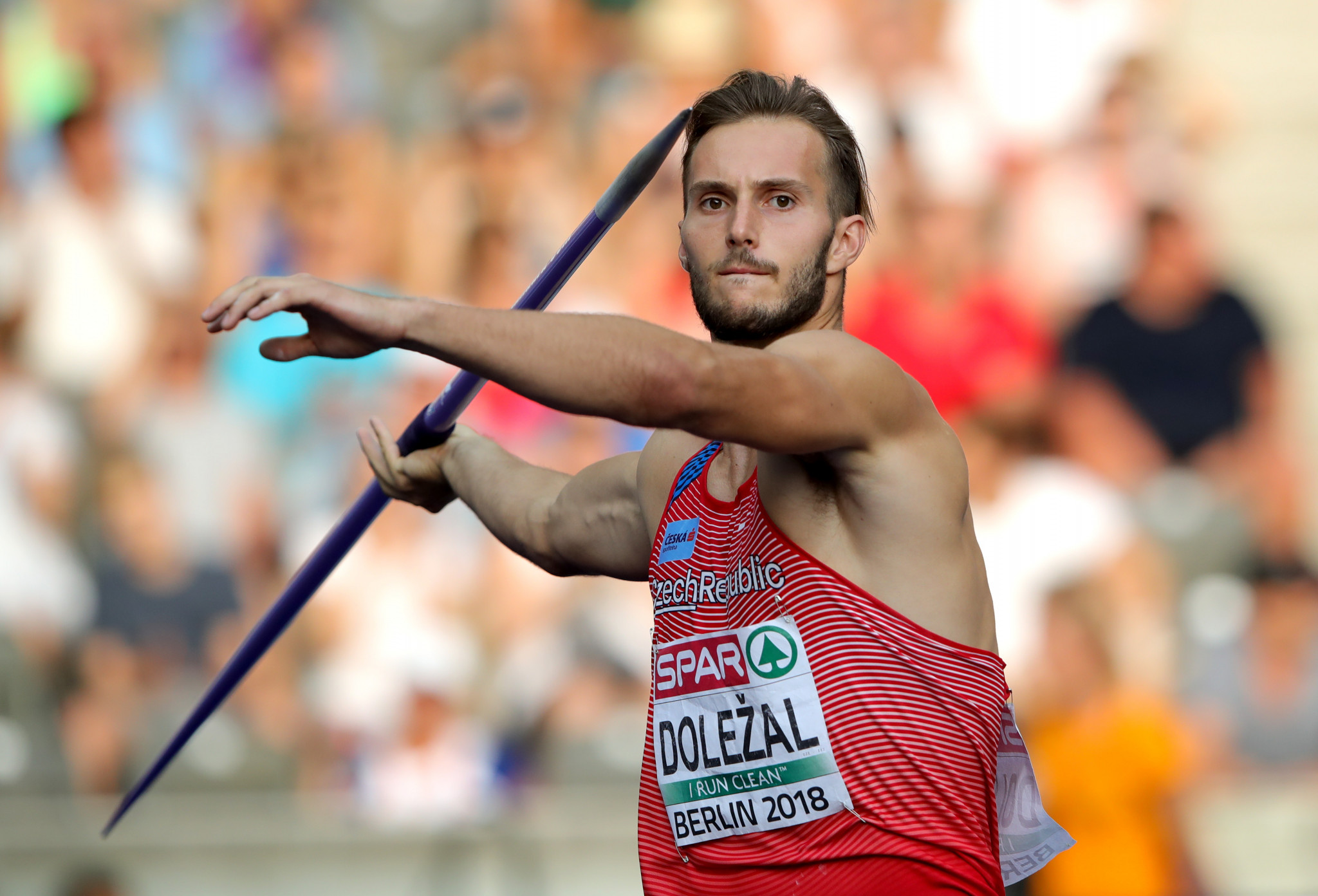 In cold and windy conditions at the 32nd edition of the Multistars Trofeo Zerneri Acciai, held this year in Lana, Doležal scored a personal best of 8,117 points to move ahead of overnight leader Kristjan Rosenberg from Estonia, who finished second with 7,950, and Germany’s Mathias Brugger, third on 7927.

Kunz won the heptathlon with 5,971 ahead of 18-year-old Kate O’Connor, who broke the senior Irish record with 5881.

Rosenberg maintained his lead after clocking 15.15sec in the second day’s opening event, the 110 metres hurdles.

But Doležal ran 14.63 to reduce the gap to just 24 points between the pair.

The Czech moved top of the overall rankings ahead of Brugger and Rosenberg after the discus, where he threw 45.78m to move up to first place in the overall standings.

A clearance of 4.75m in the pole vault was enough for Doležal to maintain his overall lead, but Rosenberg closed the gap thanks to a vault of 4.85m.

Doležal threw 62.50m in the javelin, and with Rosenberg managing just 52.37m, it meant the Czech Republic athlete extended his lead to 184 points with just the 1,500m to go.

Rosenberg secured second place after clocking 4min 34.35sec in the 1,500m, moving ahead of Brugger.

"I did not expect to set a personal best,” said Dolezal.

"I am really surprised.

"I am now looking forward to Götzis, where I am aiming to score the qualifying standard of 8,200 for the World Championships in Doha.

Unlike Rosenberg, Kunz was able to maintain her overnight lead to the end.

The US athlete jumped 6.02m in the long jump to increase her lead to 30 points over compatriot Riley Cooks.

Allison Halverson held on to third place after jumping 6.02m.

Jessica Taylor Jemmett from Britain moved from ninth to fourth after her leap of 6.05m.

Ireland’s O’Connor was the top performer in the javelin, setting a national under-20 record of 49.31m to move from sixth to third place overall.

But Kunz retained her overall lead, throwing 43.41m to head into the 800m with a 98-point advantage.

She then capped her weekend with a 2:22.75 clocking to end the two-day competition with a winning tally.

“It was a good season opener,” said the 26-year-old American.

"It was just below my personal best (6038) but my performance was a good accomplishment.”