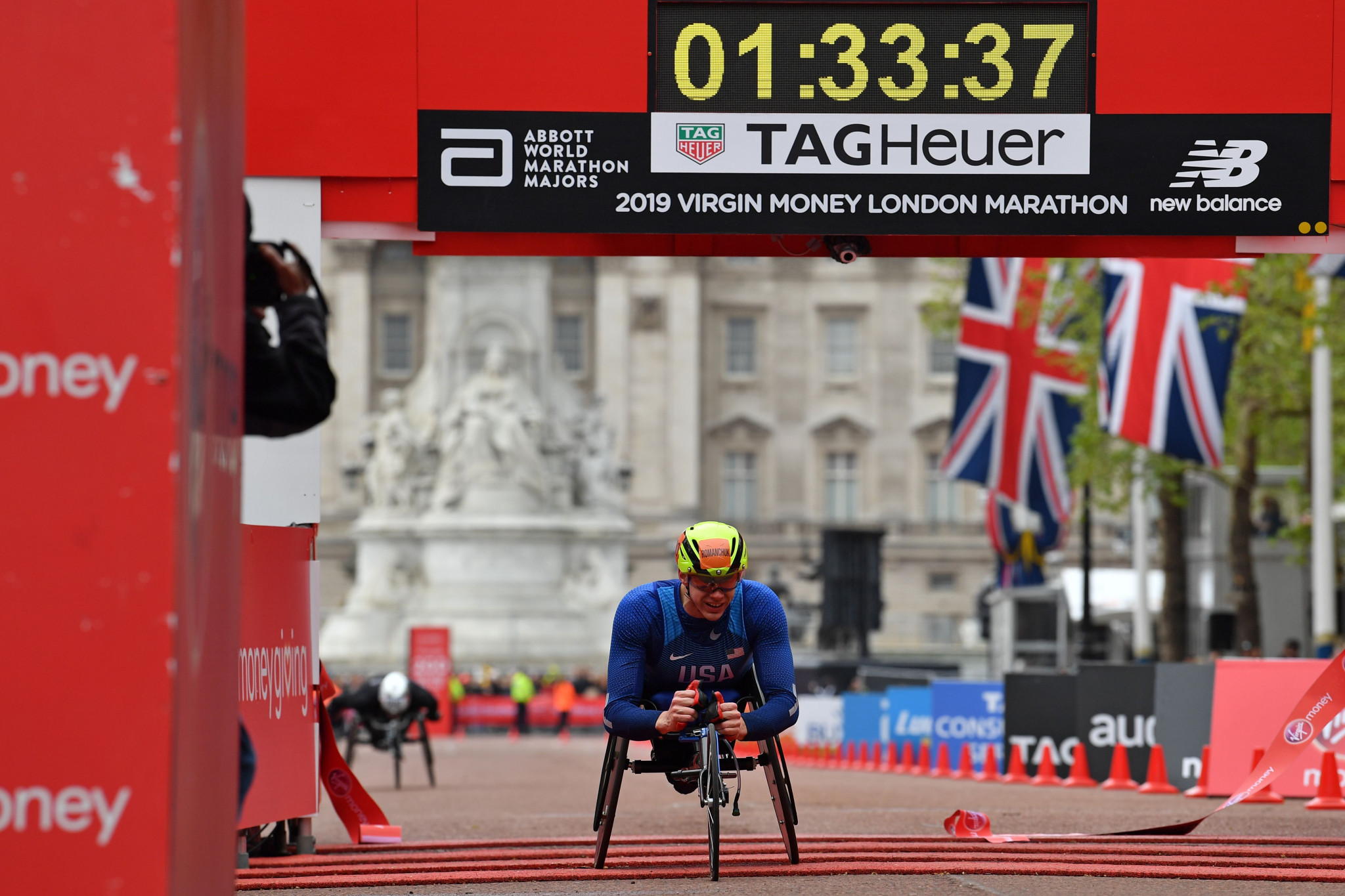 Daniel Romanchuk of the United States and Switzerland’s Manuela Schär secured victories in the men’s and women’s wheelchair races at the London Marathon.

The duo headed the Abbott World Marathon Majors Series standings prior to the race, which doubled as the World Para Athletics Marathon Championships.

Romanchuk has emerged as the rising star in the men’s field as the 20-year-old clinched Chicago and New York titles last autumn before taking victory in Boston two weeks ago.

He earned a cash boot at the 20 kilometre point of the race by clocking the fastest time during the Flying 400 sprint competition, which made its debut at the event.

The trio broke clear of the rest of the field, leaving eight-time winner David Weir of Britain out of contention.

Romanchuk increased the pace as the finish approached and finally opened a gap to his rivals to secure victory in 1hr 33min 38sec.

“I’m still in shock, this past year has been incredible," he said.

“It’s my first world title and it’s really hard to describe the feeling; I didn’t plan a specific place or anything so this is incredible.

“Marcel is a phenomenal athlete and I always watch out for him on the course, there’s so much competition out there anyone can take it and today was my day.”

Two-time winner Hug finished as the runner-up at four seconds down, with Suzuki a further nine back in third place.

Six-time Paralympic champion Weir was forced to settle for fifth place in his 20th consecutive participation in London.

Schär continued her domination of women’s wheelchair races, with the Swiss athlete having already won the Berlin, Chicago, New York and Tokyo titles.

The course record holder stormed clear of her rivals early on to leave the result in little doubt and earned the Flying 400 prize on route.

She finished the race in a winning time of 1:44.09 to take her second title in three years in London.

“Can you believe it, I have all of the majors in one year," Schär said.

“My shape was great today – it’s a difficult course for me, there are not a lot of places that you can sprint ahead, so you have to play it very carefully.

“I’m delighted; I stuck to plan A and it really worked for me today.”

“Plan A was to drive ahead at the three-mile downhill mark, which is early, but I know I had to do this in order to put myself in a good position.”

American Tatyana McFadden ended 5:33 behind the winner in second, with last year’s champion Madison de Rozario of Australia a further two seconds down in third.

Morocco’s El Amin Chentouf triumphed in the men’s T11/12 race as part of the World Para Athletics Marathon Championships as he clocked a world record time of 2:21:23.