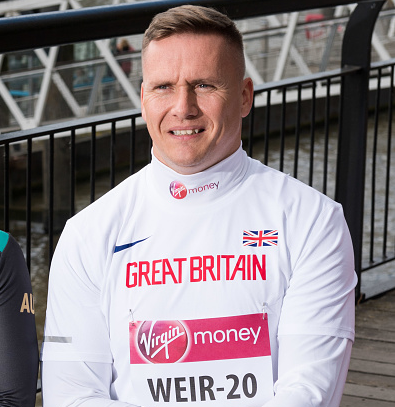 Britain’s David Weir and Switzerland’s Marcel Hug will hope to fend off rising American star Daniel Romanchuk in the men’s wheelchair race at the London Marathon on Sunday (April 28).

Weir is set for a milestone 20th consecutive appearance at the race, where he has emerged the winner on eight occasions.

The six-time Paralympic gold medallist has enjoyed numerous battles with Hug, the Swiss star having triumphed twice at the London Marathon.

Weir has triumphed in the past two editions of the race and the 38-year-old claims the race is getting harder to win each year.

Despite winning five of his six Paralympic gold medals on the track, Weir revealed he was focusing solely on the marathon prior to Tokyo 2020.

“In 20 years it’s got a lot better – the organisation, the professionalism, the athletes,” he said.

“Every year, it’s getting tougher to win.

“Just being part of the Abbott World Marathon Majors Series has boosted the athletes’ appetites to do well in marathons.

“The London Marathon seems to push the benchmark for coming up with new ideas.

“All we’ve asked for – for years – is inclusion and London Marathon seems to be doing the best they can to ensure we feel included.

“I’m focused on the marathon and going to Tokyo.

“I don’t miss the track at all and I enjoy marathon training.”

While the Briton prepares for his 20th consecutive London Marathon, he admitted he may have to respond to a potentially fast start from a 20-year-old in the United States’ Romanchuk.

After placing third at the Boston and London Marathons last April, he beat both Hug and Weir to win Chicago and New York titles last autumn.

Romanchuk added to his growing reputation by winning the Boston Marathon two weeks ago.

Australia’s Madison de Rozario, the reigning women’s champion, will face a tough challenge as she bids to retain her title.

Her biggest obstacle this year will be Manuela Schär, Switzerland’s world record holder.

Schär is unbeaten on the Abbott World Marathon Majors circuit since a fourth-place finish in London last year.

The Paralympic events will form part of the World Para Athletics Marathon Championships.

It will mark the second time London has hosted the Championships after the first edition in 2015.