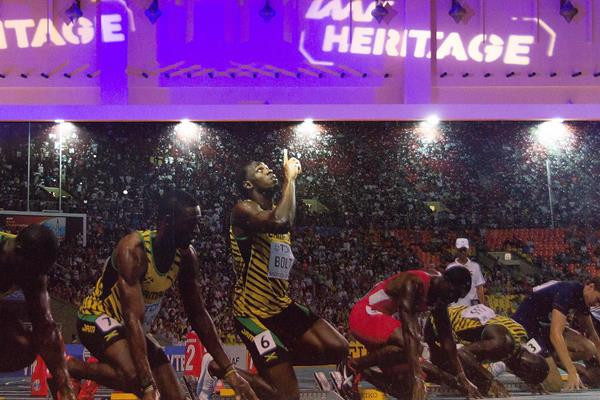 Six global champions have contributed to the opening of the world's largest athletics heritage exhibition.

The latest version of the International Association of Athletics Federations’ Heritage exhibitions will be established in the Qatari capital of Doha for the next six months.

One of the six former world champions, Sebastian Coe, was also in attendance as IAAF President, accompanied by Qatar’s Dahlan Al Hamad, IAAF vice-president and director general of the Organising Committee for the IAAF World Athletics Championships which will take place in the city later this year.

The exhibition, which occupies 400m2 of space in the largest shopping mall in Qatar, will be open daily during a period in which the Asian Athletics Championships, the Doha IAAF Diamond League meeting and the World Championships will all be hosted by the city.

“Athletics is an ancient sport but there is nothing old about how this exhibition displays our history,” said Coe.

“There’s the chance to explore the heights and weights of champions, lift the throwing implements, touch the hurdles and stand back in awe and admire the world record heights and distances of the jumpers.

“Added to those attractions, there are hundreds of items of wonderful athletics clothing and equipment donated and loaned by some of the greatest stars of our sport on display.

“This exhibition is a must see for all sports fans."

During the ceremony, donations and loans of kit were made by six global champions.

Four-time Olympic champion Lasse Viren donated the pair of Onitsuka Tiger ASICS shoes which he wore when running the marathon at the 1976 Montreal Olympic Games.

Coe then stepped up to hand over his 1984 Los Angeles Olympic Games spikes and national vest from his second 1,500m Olympic victory.

Another British running great, Liz McColgan, the 1991 world 10,000m champion, was next up on stage.

McColgan loaned her winning spikes – already donated to the ASICS museum in Kobe – for display at the Heritage Exhibition.

Poland’s double Olympic and three-times world hammer champion Anita Wlodarczyk donated the 4kg hammer with which she set the first 80 metres-plus world record by a woman.

Qatar’s Mutaz Essa Barshim and Abderrahman Samba then came to the stage to hand over their donations.