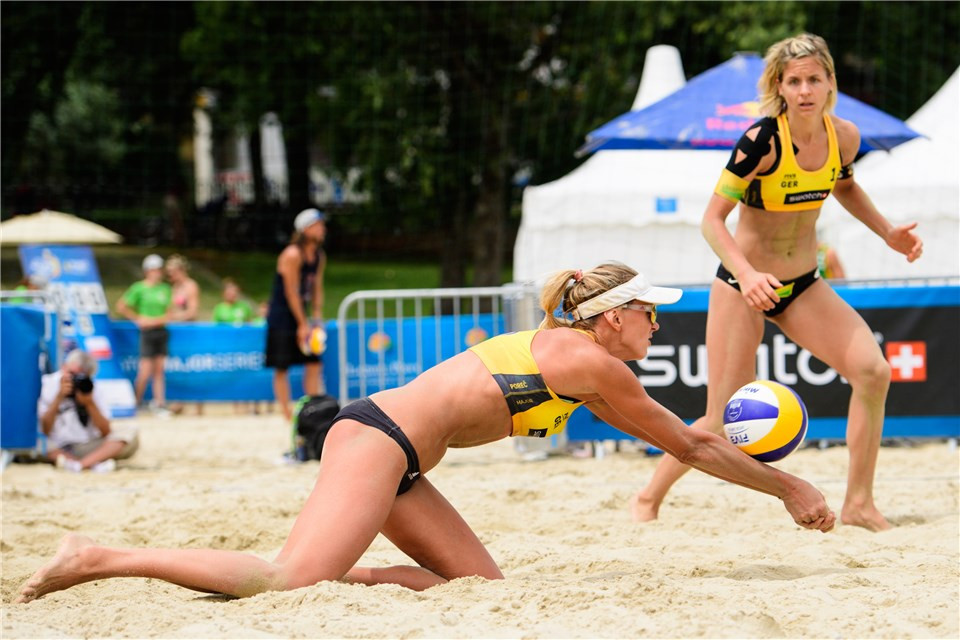 Olympic gold medallist Laura Ludwig will make her return after nearly two years away from the sport at the International Volleyball Federation Beach World Tour event in China this week.

Ludwig, who won the Olympic title at Rio 2016 with the recently-retired Kira Walkenhorst, took time off to have a family in 2017.

The German star has partnered with former Germany volleyball team captain Margareta Kozuch for the event in Xiamen.

Barbara Hermannova and Marketa Slukova of the Czech Republic are set to make their first appearance of the season in the Chinese city.

Hermannova and Slukova, silver medallists at last year's World Championships in Hamburg, are the top seeds in the women's draw.

The pair won gold at the Vienna five-star tournament in 2018 and will be hoping to carry that form into the competition, which begins tomorrow and concludes on Sunday (April 28).

Brazil's Agatha Bednarczuk and Eduarda Santos Lisboa, who beat the Czech team in the final of the World Championships, are seeded third behind second seeds Heather Bansley and Brandie Wilkerson of Canada.

Anders Mol and Christian Sorum of Norway lead the list of entrants for the men's tournament.

Mol and Sorum won five major events in a row in the second half of 2018, including the European Championships and the World Tour Finals in Hamburg.