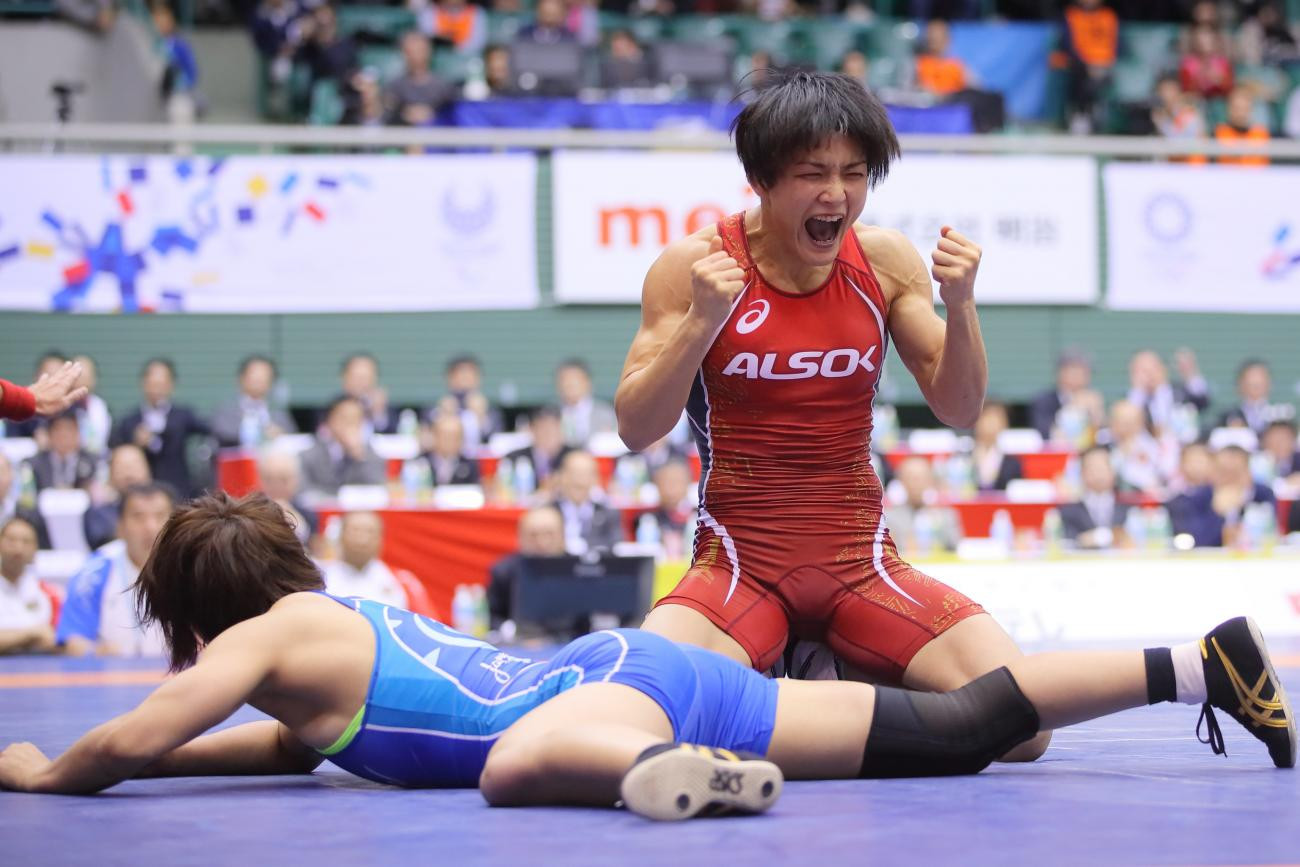 Japan’s Kaori Icho will be aiming to claim a sixth title and first since 2015 when she competes at the Asian Wrestling Championships in Xi’an in China this week.

It will be the 34-year-old’s first international competition for 32 months,

The last one was the 2016 Olympic Games in Rio de Janeiro, where she became the first four-time wrestling gold medallist in Games history.

Icho ended a long lay-off last year to launch a bid for a fifth Olympic crown at Tokyo 2020.

The Asian Championships, taking place at the Xi’an Electronic Science and Technology University Gymnasium from tomorrow until Sunday (April 28), will have no direct bearing on her Olympic aspirations, but it does not diminish her determination to emerge victorious.

Icho can certainly be regarded as the favourite in the women's 57 kilograms category as she looks to make it half-a-dozen Asian titles in her storied career, having won her first in 2004 in Tokyo and most recent in four years ago in Qatar’s capital Doha.

"There's some uneasiness, but I'm also looking forward to it," Icho said at a recent national team practice in Tokyo.

"To think of it as just a stepping stone [to the Olympics] would be taking it too lightly.

"Since Rio de Janeiro, the members [in the weight class] have completely changed.

"So there is not one wrestler that I've ever fought against or even know.

"This will be a measure of the current level in Asia."

Standing in Icho’s way will be rising Chinese star Rong Ningning, who has been making her mark on the 57kg class in recent years.

Rong, a winner at both the Klippan Lady Open in Sweden and Dan Kolov-Nikola Petrov tournaments in Bulgarian city Ruse this year, will be one of two current world champions in Xi'an, as well as one of 12 gold medallists from the 2018 Asian Championships in Bishkek in Kyrgyzstan.

The other reigning world champion in Xi'an will be Japan’s Mayu Mukaida, the 55kg gold medallist at the 2018 World Championships in Hungary’s capital Budapest.

Mukaida has dropped to the Olympic division of 53kg.

The 2017 Asian champion at 53kg in New Delhi, she has not lost since the final of that year's World Championships in Paris.

The 21-year-old also faces a potential clash with a highly-regarded Chinese opponent in Pang Qianyu, a world bronze medallist and winner at both the Klippan Lady Open and Dan Kolov-Nikola Petrov events.

Vinesh was runner-up to Pang at the Dan Kolov-Nikola Petrov competition.

Action is also due to take place in men's freestyle and Greco-Roman in Xi’an.

A total of 30 gold medals will be won.