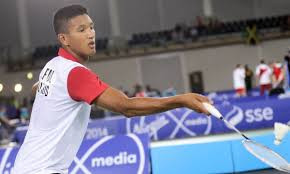 A record-breaking 15 countries are set to take part in the All-African Badminton Championships at Port Harcourt in Nigeria.

Participants are due to take part in a team event beginning tomorrow and lasting until Thursday (April 25), when the finals will be held.

An individual competition will then start on Friday (April 26), with the finals on April 28.

Georges Paul of Mauritius will return to defend his title in the men's singles.

Egypt are the defending champions in the team event, having taken the title for the first time in South Africa in 2017.

"It was a dream come true for the Egyptian team to win the 2017 edition," said Egyptian badminton player Hadia Hosny.

"We will be defending our title in Port Harcourt Nigeria, we know the competition will be stiff but we believe that we have to do our best and fight till the end no matter the result."

Last month the mascot was revealed as "Alabo the shuttler".

BCA will also hold the elections for their Athletes Commission during the tournament.

Eight candidates have put themselves forward to fill three places.