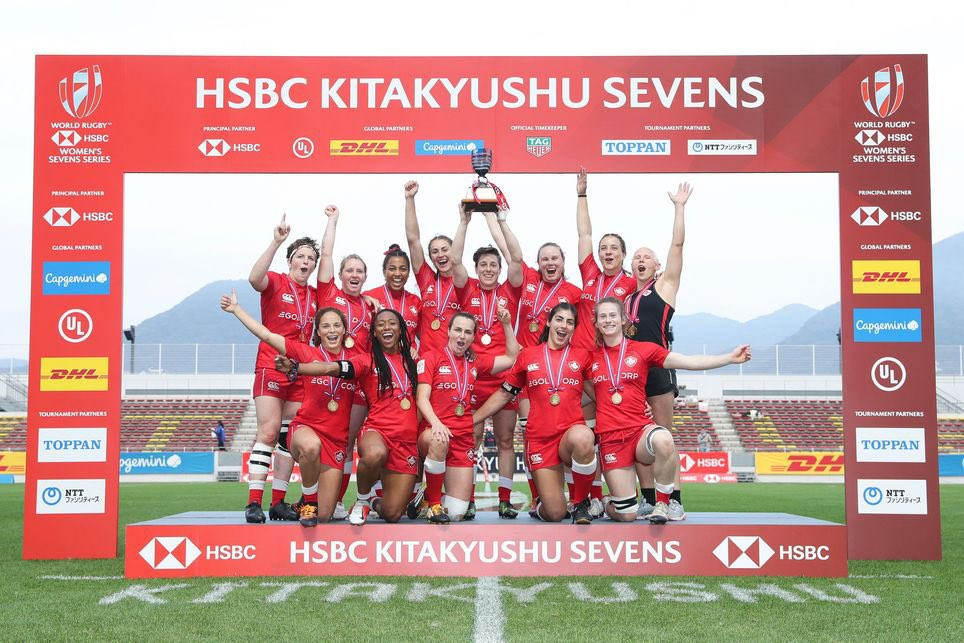 Canada won the HSBC World Rugby Sevens Series in Kitakyushu with a last gasp try and conversion against England in the final.

The full-time whistle at the Mikuni World Stadium went with England 5-0 up, but Canada kept the ball in play for a further two minutes.

Canadian captain Ghislaine Landry then scored a try and successfully converted to give her country a 7-5 victory.

"The whole weekend has been such a grind and such a fight.

"That final was just the same so to finish it out with a win meant so much."

It was Canada's first World Series triumph since 2017.

Canada had beaten Russia 17-14 in the quarter-finals and the United States 24-12 in the semis to reach the final.

The US claimed the bronze medal with a 36-12 win against France.

It was the first time in the World Series seven-year history that New Zealand and Australia had not featured in the semi-final stage.

Canada's victory has moved them up to second place in the series standings with 66 points, now only six behind New Zealand.

The US have slipped to third as a result on 64 points with defending series champions Australia fourth with 56 and France fifth on 46.

The next women's event is due to take in Langford in Canada on May 11and 12.