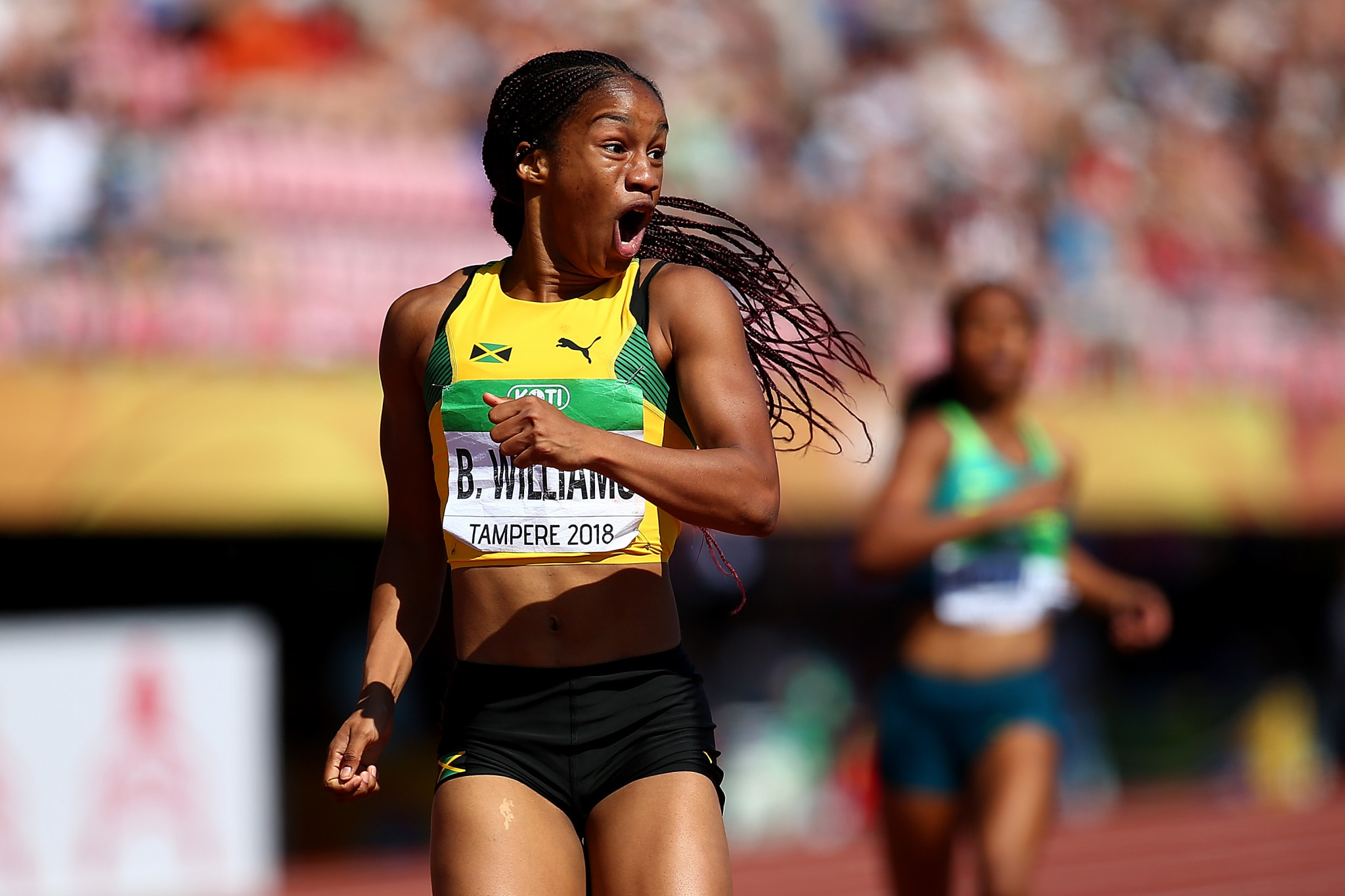 Briana Williams of Jamaica stormed to the women's under-20 100 metres title on the first day of competition at the Caribbean Free Trade Association (CARIFTA) Games in the Cayman Islands.

Williams, the world’s fastest junior female who won the 100 metres and 200m sprint double at the 2018 International Association of Athletics Federations World Under-20 Championships, took the gold medal in a time of 11.25sec at Truman Bodden Sports Complex.

The 17-year-old comfortably beat Akila Lewis of Trinidad and Tobago, who finished second in 11.62.

The bronze medal was claimed by Williams' team-mate Kemba Lewis in 11.68.

Williams had initially decided to enter only the 100m but a schedule change means she will now also be able to race the 200m, where she will be the strong favourite.

Jamaica enjoyed further success in the men's under-20 100m as Oblique Seville led home a one-two for the Caribbean sprinting powerhouse in 10.24.

Ryiem Robertson was forced to settle for the silver medal, 0.13 seconds adrift of his compatriot, while bronze went to Adrian Curry of the Bahamas.

Curry's team-mate Anthaya Charlton triumphed in the women's under-17 100m, clocking 11.51 to defeat Shaniqua Bascombe of Trinidad and Tobago and St. Vincent and the Grenadines’ Ulanda Lewis, second and third respectively.

In the men's under-17 100m, Devine Augustine of Trinidad and Tobago claimed the gold medal in 10.62, 0.09 seconds quicker than Jamaican rival Bouwajhie Nkrumie.

Jaleel Croal of the British Virgin Islands finished third in 10.80.

Jamaican Kai Chang showed why he is the reigning world under-20 discus champion as he threw a best of 59.36 metres to seal the CARIFTA Games title.

Chang topped the podium ahead of fellow Jamaican Ralford Mullings, who registered 54.91m, while the British Virgin Islands' Djimon Gumbs did enough for the bronze medal.

The event in the Cayman Islands is due to continue tomorrow.