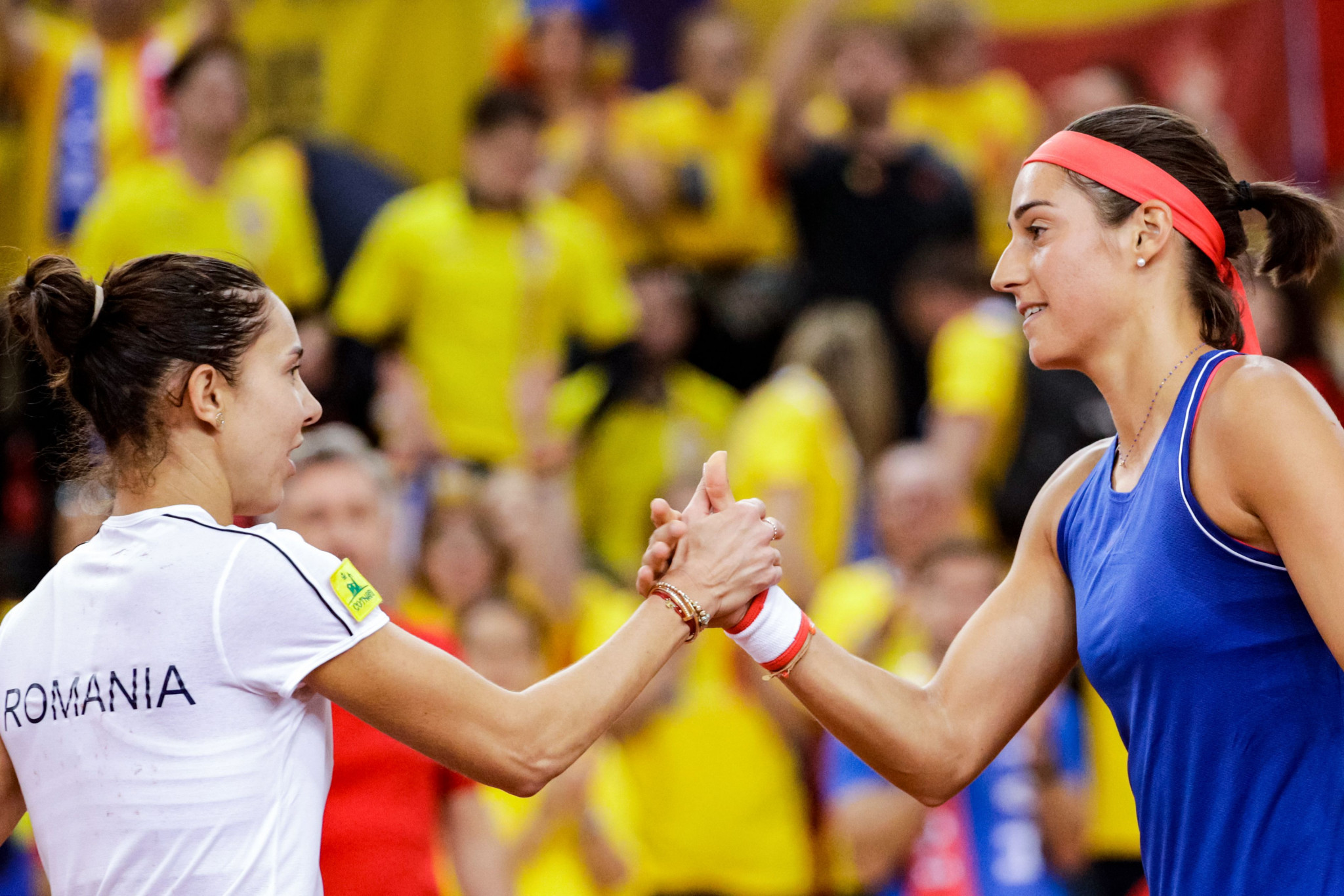 Garcia recorded a 6-3, 6-3 win to cancel out world number two Simona Halep's victory over Kristina Mladenovic at the Kindarena in Rouen.

The other semi-final between Australia and Belarus is also level after the two teams each claimed a singles victory in Brisbane.

Halep came into her clash with Mladenovic as favourite and despatched her French opponent 6-3, 6-1 to get Romania off to the perfect start.

Buzărnescu had the chance to move Russia to the brink of the final when she took on Garcia but the world number 19 proved too strong.

Aryna Sabalenka put Belarus ahead in their semi-final with Australia as she defeated surprise singles pick Sam Stosur 7-5, 5-7, 6-3 in a marathon contest at Pat Rafter Arena.

Ashleigh Barty restored parity for the hosts with a 7-6, 6-3 win against doubles partner Victoria Azarenka.

"I was so pleased and happy for Ash’s output today,’’ said Australia captain Alicia Molik.

"Coming in, playing in front of your home crowd, the expectation, needing to win, she handled it like another match, a first-round match, it was fantastic.

“And then from Sam I could not have asked for more.

"Its the best I’ve seen Sam play at home for a long time, it was brilliant – just maybe two or three points away from that match being turned on its head and Sam having the win."