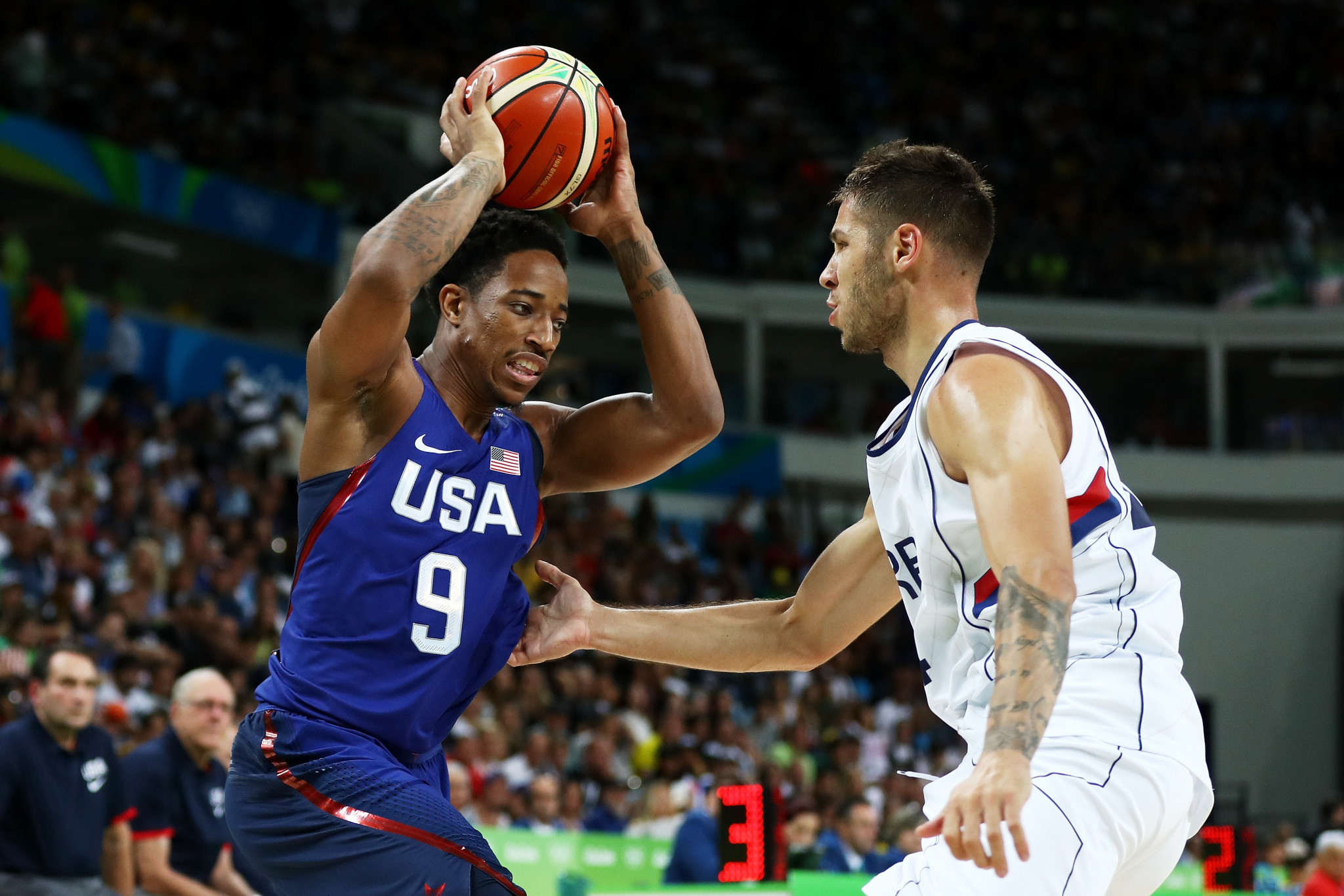 A change to the group stage format for the Olympic Games tournaments which claim with deliver increased excitement and greater rest periods for players, the International Basketball Federation (FIBA) have announced.

Previous editions of basketball competitions at the Games have seen 12 teams separated into two groups, with the top four teams in each advancing to quarter-finals.

Under the new format, the 12 teams will now be divided into three groups of four teams.

This will result in a reduction of five group matches per team down to three.

The top two teams in each group will progress automatically to the knock-out stage of the tournament, along with the best two best third placed nations.

A draw will then be held to determine the quarter-final matches, with the qualified teams having been divided into two pots.

The first pot will contain the three group winners and the second placed team with the best result, while the second would include the remaining runners-up and best third placed finishers.

Teams from the same group would not be able to draw each other in the quarter-finals.

Winners of the first two ties drawn would meet in the last four, with the victors in the third and fourth quarter-finalists also going head-to-head.

FIBA have claimed the change to the format will reduce players’ workloads, with the number of games required to win a medal dropping from eight to six.

The change would also provide greater rest time between matches, it has been claimed.

“The change to the format of the Olympic Games basketball competition is part of FIBA’s wider effort as an organisation to improve player welfare," FIBA told insidethegames.

“It is a priority for FIBA to protect the key stakeholders of our sport: the players.

“We believe this is key to the long-term health of the sport.

“Reducing the players' workload has been a priority for years now and it is an integral part of the men's national team competitions system launched in November 2017.

“The system enables players to have one free summer - with no national team competitions in which to play - in every four-year cycle and also offers them at least one full month off in the years of the FIBA Basketball World Cup and Continental Cups.

“Additionally, the system calls for reduced preparation time before any major events and qualifying competitions.

“This means having fewer games and, consequently, lessens the risk of players sustaining injuries.”

FIBA stated the decision also follows a reduction of games in both the Basketball World Cup and EuroBasket.

The governing body added they had also established "one of the biggest and most comprehensive insurance schemes in sport" in 2017 to protect national team players and their clubs.

“The insurance was implemented to cover male and female players in senior, as well as U17, U18, U19 and U20 national teams, for temporary total disablement and surgical expenses," FIBA stated.

“The insurance scheme applies to professionals under contract or free agents alike, protecting even the scholarships of student athletes.

“Players are the most important people in basketball and the scheme was introduced in recognition of the amazing contribution they make to national team competitions, the locomotive of basketball.

“It is a priority for FIBA to protect the players who give everything for the national teams and this scheme ensures they don't have to worry about the financial implications of an injury which keeps them out of the game.

“It also respects the interests of the clubs who release players for national team competitions.”

FIBA also believe the format change strengthens the integrity of competitions, as each group match is asserted to have a bearing on the knock-out stage.

With a draw taking place after the group stage, it would also prevent teams from being able to predict who they could face in the next round.

United States won both the men’s and women’s gold medals at Rio 2016, with their teams beating Serbia and Spain in the finals respectively.

Spain also won the bronze medal in the men’s event, while Serbia secured the final podium place in the women’s.

Host nation Japan have been granted spots in both tournaments.

United States were the first nation to qualify for the women's event, following their triumph at last year's World Cup in Spain.

Tokyo 2020 will also see the debut of 3x3 basketball at the Olympic Games, with the governing body claiming it marks a “quantum leap” for the development of the game.

The 3x3 basketball tournament will see eight teams compete in a single pool in both the men’s and women’s events.

They will play two round robin matches per day on the first three days of competition from July 25 to 27.

The teams will then play their final group stage match on July 28.

Teams ranked seventh and eighth in the pool will take no further part in the competition.

First and second teams will qualify directly for the semi-finals, while those that finish third, fourth, fifth and sixth meet in quarter-final ties.

The quarter-finals are due to take place on July 28.

The semi-finals and medal matches will be held the following day.