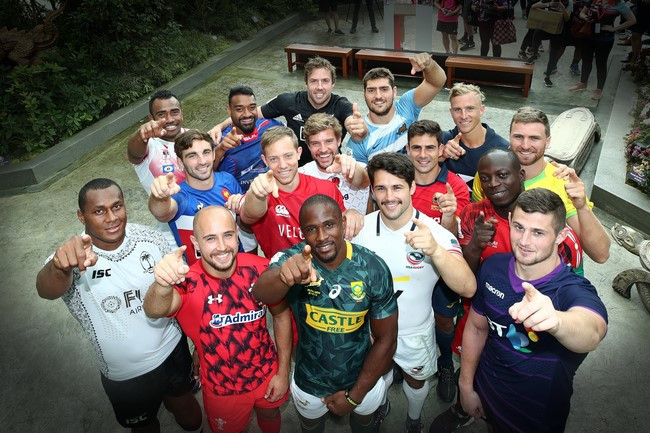 United States, Fiji and New Zealand could clinch Tokyo 2020 Olympic qualification at the eighth event of the World Rugby Sevens Series in Singapore.

The three nations could ensure a top-four finish in the end-of-season standings with a strong performance in Singapore, which is hosting the eighth leg of the 10-round series.

The US top the standings with 130 points, following a victory at their home event in Las Vegas and four runner-up finishes.

As well as potentially claiming the series title for the first time, the US may earn an early place at next year’s Olympic Games.

“For the USA, Olympic qualification is everything,” said head coach Mike Friday.

“Our sole focus has been Olympic qualification.

“We understand the competition and the history of these traditional rugby sevens nations like Fiji, New Zealand, South Africa, England and Australia.

“For the USA to gatecrash that party is something we are insanely proud of but also we recognise the company that we keep, so we keep our feet grounded and stay focused on the process – which is trying to get Olympic qualification and we’ll see where we are at the end of Singapore.”

The Pacific Island will also hope to secure qualification to Tokyo 2020 this weekend, along with third-place New Zealand, who have 123 points.

The battle for the fourth qualification spot is between South Africa and England, who will look to secure Britain’s place at Tokyo 2020.

The South Africans have been given a tough challenge in Pool A in Singapore, where they face defending champions Fiji, Scotland and Canada.

France will lock horns with Argentina, Australia and Hong Kong in Pool B, while Pool C sees United States take on England, Kenya and Wales.

Competition will begin tomorrow, with the knockout stage taking place on Sunday (April 14).

Following the event in Singapore, the series will head to England in May.

The series will then conclude in France on June 2.