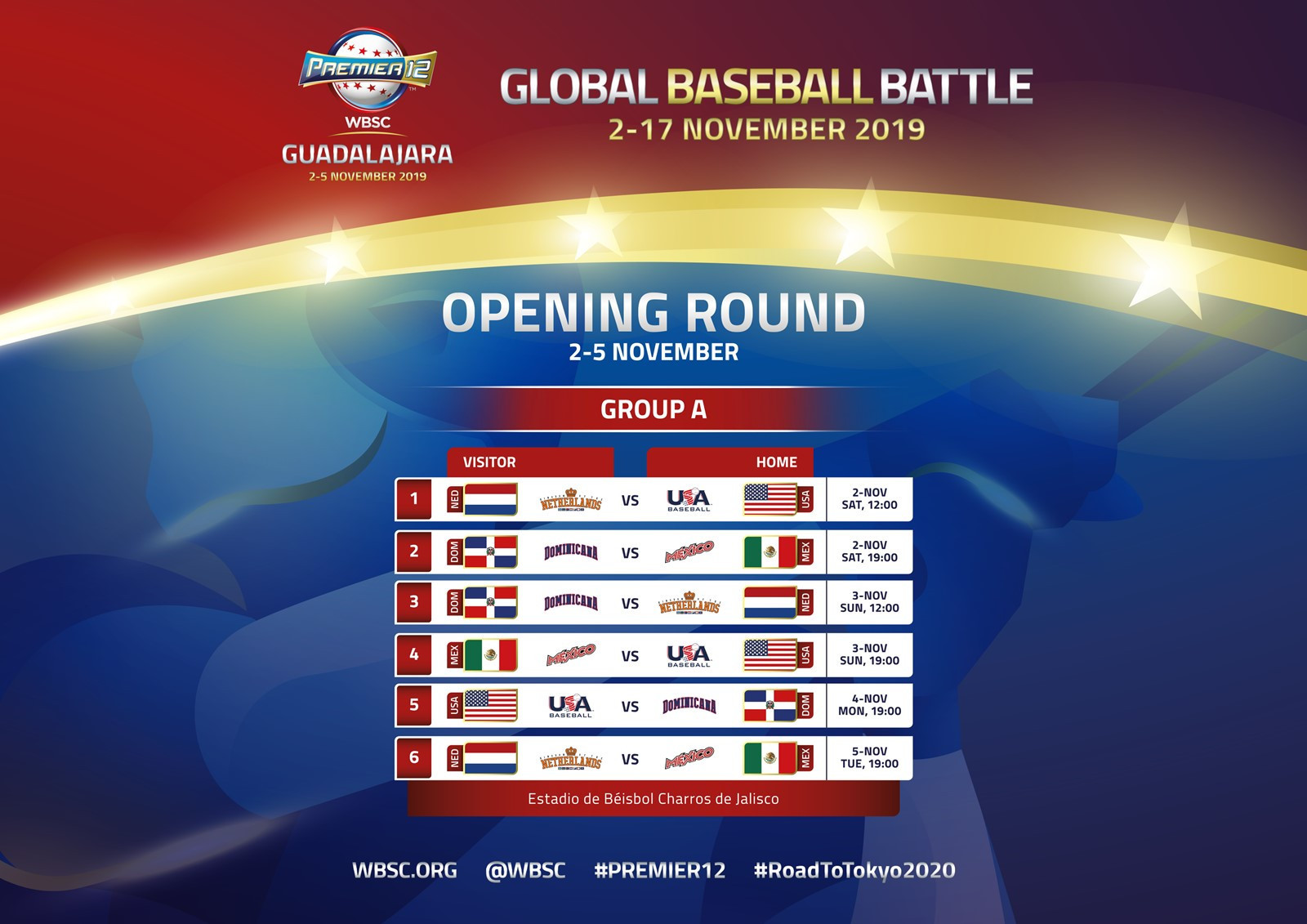 The World Baseball Softball Confederation (WBSC) has revealed part of the group-stage schedule for the 2019 WBSC Premier12 – a qualifier for the Tokyo 2020 Olympic Games.

The WBSC made the announcement at Taichung City Hall in Chinese Taipei.

Group A is being contested in Guadalajara, while Group B is being held in Chinese Taipei.

America will meet the Netherlands in Group A in the competition opener, which will be played on November 2 at Estadio de Beisbol Charros de Jalisco.

Hosts Mexico then lock horns with Dominican Republic at the same venue.

Group B begins on November 5 with Venezuela against Japan at Taichung Intercontinental Baseball Stadium, while Chinese Taipei face Puerto Rico.

The schedule for Group C, comprising defending champions South Korea, Cuba, Australia and Canada, will be revealed on Monday (April 15), at a press conference in Seoul.

"Today we celebrate one of the most exciting moments on the road to the Premier12 and the Tokyo 2020 Olympic Games," said WBSC President Riccardo Fraccari.

"The stakes have never been as high for an international baseball competition and we expect some very high-pressure, intense and exciting games as well as big surprises in the opening round."

An official promotion video, entitled "Is Your Country Ready II", was also unveiled.

WBSC collaborated with WORKS, a UK-based branding agency that has worked on football's World Cup.

The second edition of Premier12 begins on November 2, with the final on November 17 at Tokyo Dome in the Japanese capital.

The two finalists will qualify for the Tokyo 2020 Olympic Games.

Baseball is returning to the Olympic programme for the first time since 2008.