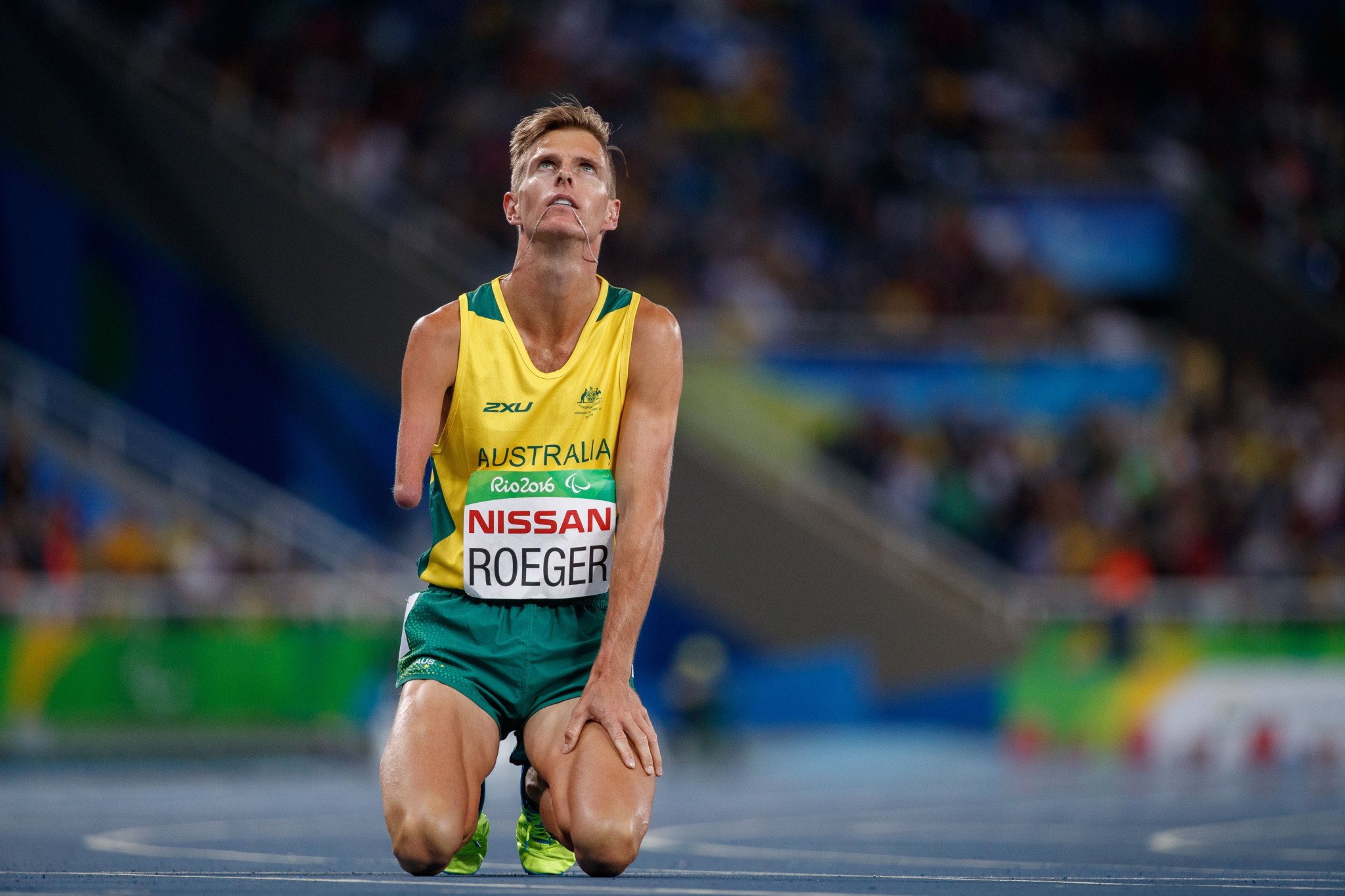 Australia’s Para athlete Michael Roeger – best known for middle-distance running – says he is aiming for gold at the World Marathon Championships in London this month on what will be his second appearance over the distance.

The 30-year-old, who won bronze in the T46 1500 metres at Rio 2016 and also has three world bronze medals across 1500m and 800m, finished sixth in the Melbourne marathon in 2hours, 23min, 31sec despite getting cramp, and now wants to top the podium in London.

“It’s just hard because I grew up as a miler and really thought I could win a gold medal in the 1500m,” he said.

“That little bit is unfinished, but that would all wipe away if I won a gold medal in the marathon.”

Albeit not in a marathon, Roeger has tried to compete in London twice before.

At the 2012 Paralympics he suffered gastrointestinal bleeding and failed to finish his heat, before then failing to start at the 2017 World Championships.

Performing well in the marathon this year, would therefore come as a form of redemption.

“This is third time lucky in London for me," he said.

“I think all these adversities have made me stronger and in a tough, hard race I think I can dig deep in to the well, especially in a marathon where I’m hurting.”

Despite being such a newcomer to the event, Roeger has confidence he can do well regardless, saying he has adapted well to the distance.

“The marathon is almost like a different sport,” he said.

“I didn’t know about carb loading and how many kilometres you had to run, all the prep that goes in to it.

“That excites me and my body is handling the kilometres more.”

It will be the second time London has hosted the event, with the first edition taking place in 2015.

That race was won by Morocco’s El Amin Chentouf in 2:21:33, which was also a world record.