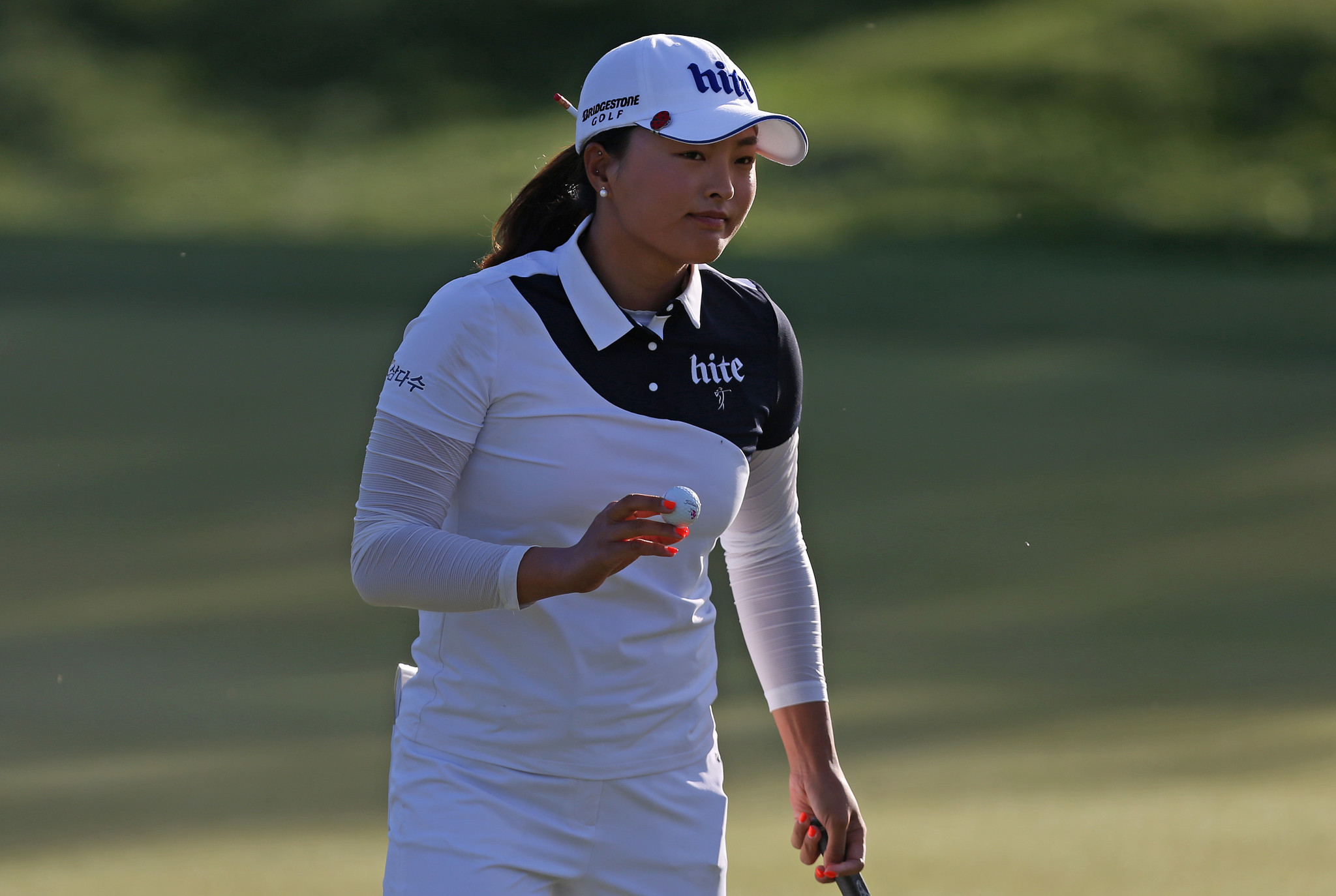 South Korea’s Ko Jin-young leads the ANA Inspiration by one shot with a round to go after shooting a four-under-par 68 today at Mission Hills Country Club.

The 23-year-old, whose best finish at a Major to date came in 2015 when she finished second at the British Open, leapfrogged compatriot Kim In-kyung at the top of the leaderboard despite finding the water on the par-three 14th in California.

But that was a minor blip in a round that also featured seven birdies and saw her move to eight under for the Championship.

Four South Koreans feature in the top five at the first Major of the year.

Behind Kim, who sits second on seven under, Lee Mi-hyang is tied for third on five under, while Lee Jeong-eun is tied for fifth on three under.

Alongside Lee Mi-hyang on five under is former Ladies Professional Golf Association Championship winner Danielle Kang from the United States, while Canada’s world number 168 Alena Sharp sits beside Jeong-eun on three under.

Jin Young Ko took full advantage of the calm conditions Saturday, shooting a 4-under 68 to take solo lead of the tournament at -8.

Ko won the @LPGAfounders two weeks ago, and was the 2018 @LPGA Rookie of the Year.

“Everyone can do a miss shot – it doesn’t matter.

“I’m thinking about my future.”

Going into today’s round, Ko's compatriot Kim was three shots ahead, but a drastic eight-shot swing on the front nine saw her drop to five shots back at one stage.

Two birdies for Kim on the back nine, combined with a double bogey and bogey from Ko, saw Kim finish one shot back.

With Ko in pursuit of her first Major title and Kim her second after winning the 2017 British Open, the pair will tee off in the final group tomorrow at 1.45pm local time.