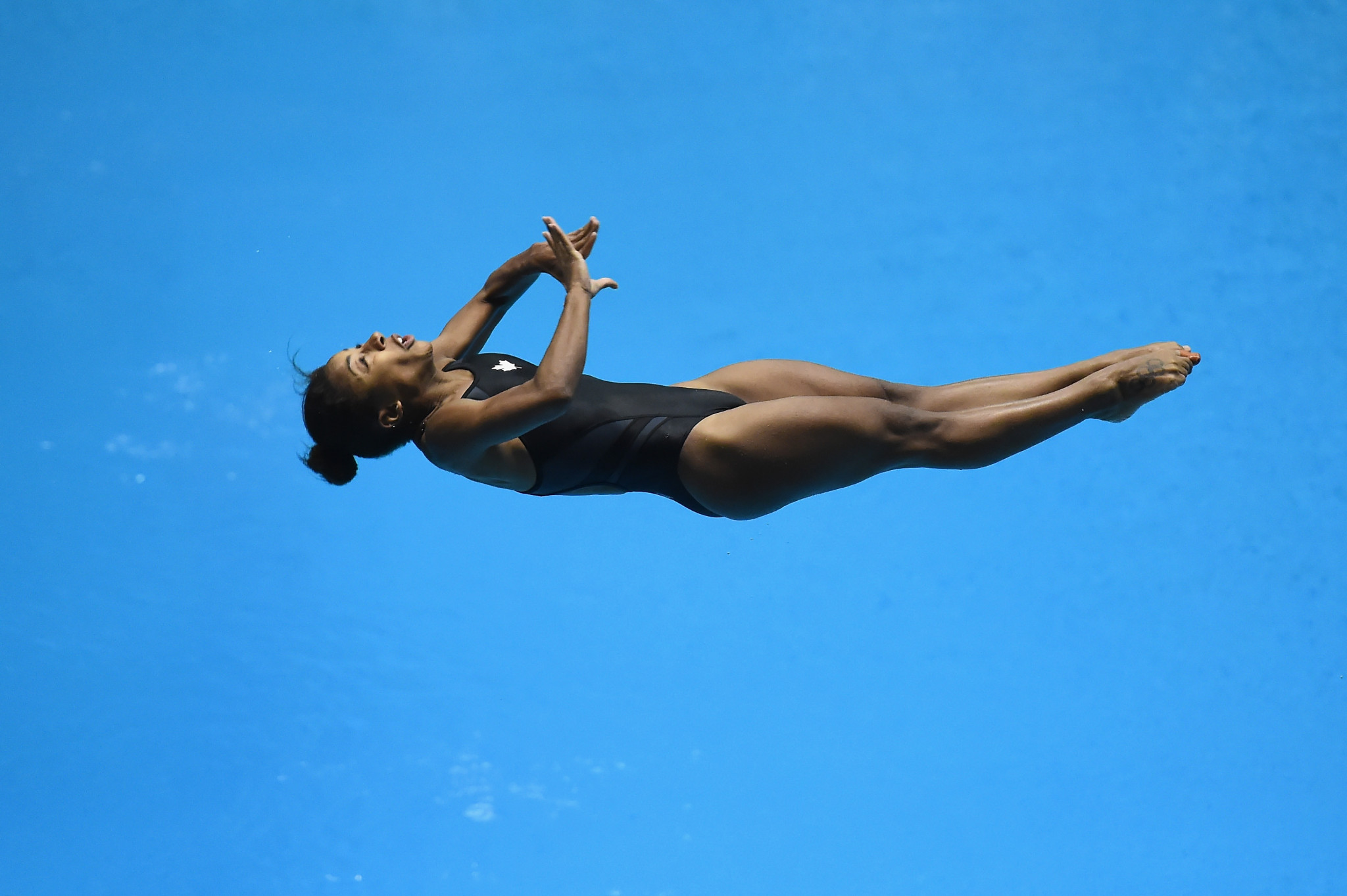 Jennifer Abel had won her women’s three metres springboard semi-final and repeated the feat to top the podium.

Abel achieved a score of 334.55 points from her five competition dives to hold off the challenge of China’s Qin Esther, who ended on 325.95.

Canada’s Pamela Ware rounded off the top three on 321.90.

The duo had a clear margin of victory over Mexico’s Maria Sanchez and Alejandra Esterlla, who achieved a total of 281.04.

Canada’s third gold of the day came in the men’s 3m synchronised springboard event, as Philippe Gagne and Francois Imbeau-Dulac topped the standings on 398.73.

Anthony Harding and Jordan Houlden of Britain were second on 384.39, while Malaysia’s Ooi Tze Ling and Chew Yiwei ended third on 363.23.

Britain’s Matthew Dixon rounded off the podium on 427.15.

Wang secured his second title by winning the mixed synchronised platform event with Xu Yijin, after they scored 313.86.

Canada’s Benfeito added to the women’s platform gold by winning mixed silver with Nathan Zsombor-Murray on 313.86.