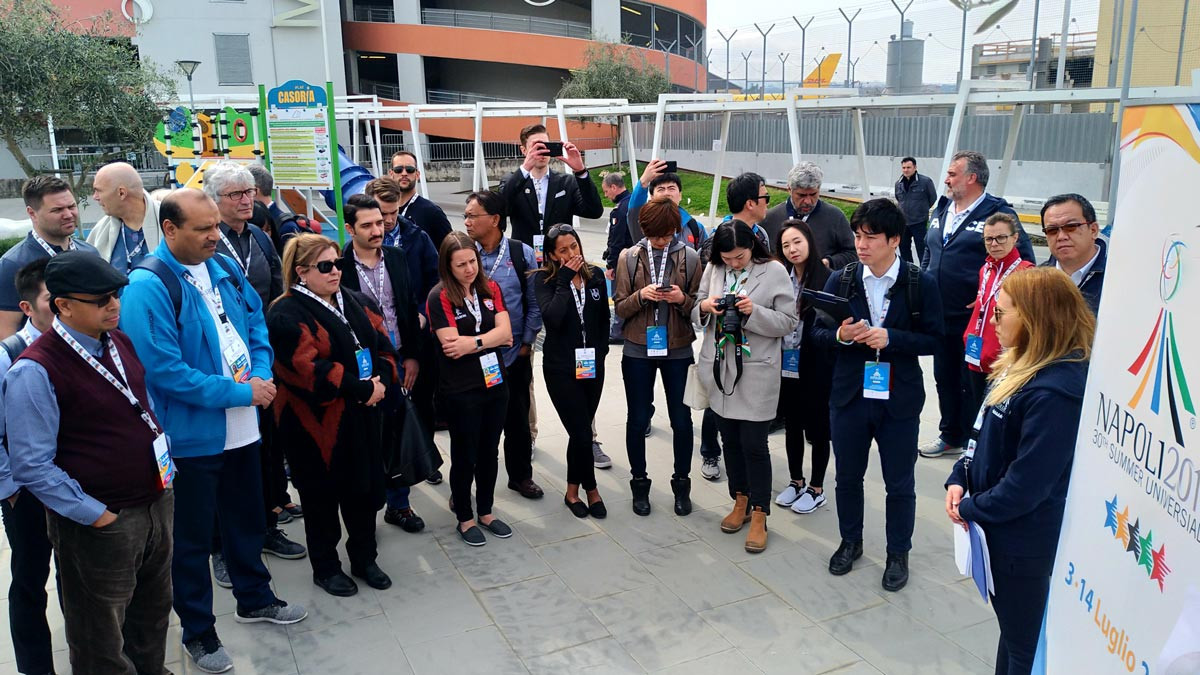 With less than 100 days to go until the Opening Ceremony of the Summer Universiade in Naples, delegation heads from countries set to take part have expressed concern at the amount of work still to be done.

Their comments came during a four-day visit to Naples during which heads of delegation (HOD) from around 50 countries were shown various venues set to host competitions this July.

The HOD meeting is always held around three months prior to the Games beginning and is considered one of the most important milestones in the lead up to the event.

"The heads of delegations were very pleased to see the campus of the University of Salermo in Fisciano with the excellent accommodation," Leonz Eder, first vice-president of the International University Sports Federation (FISU) said.

"They also witnessed the progress of construction in the fencing venue and got satisfying information about the renovation of the football stadium in Salerno.

"Finally, they were very happy to see the basketball venue in Avellino, which is home to the local club in the First Division.

"However, some of the HOD are concerned whether the remaining time for renovation of many venues is sufficient."

FISU admit infrastructural work being carried out on venues in Naples has been "massive", with a total of 58 venues being completely refurbished at a cost of €86 million (£74 million/$97 million).

The venues in question include the San Paolo stadium, set to host athletics competition and the Opening Ceremony, as well as 24 training venues.

The contract for refurbishments to the San Paolo stadium was only awarded late last month, while 55 further contracts for renovations were awarded in January.

Naples 2019 Special Commissioner Gianluca Basile has previously insisted, however, that the work will all be completed on time.

On the first day of venue visits delegates were shown the Mostra D’Oltremare, set to host diving and judo action, the Piscina Felice Scandone, where swimming and water polo will be held, and the San Paolo stadium.

Others were also shown the taekwondo, gymnastics and tennis venues, before the archery, sailing, volleyball and football venues among others were seen on day two.

As the visit began, FISU President Oleg Matysin said he is optimistic that Naples 2019 "will make a great contribution" to university sport.

"Italy is a beautiful, sunny country with fantastic culture, experience and knowledge," he said.

"So it is a great responsibility on our collective shoulders, and I wish everyone great success."