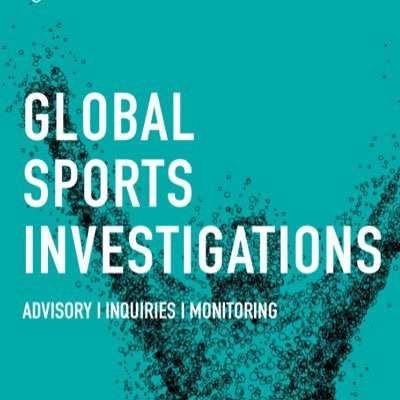 Global Sports Investigations (GSI) has been appointed to run the International Biathlon Union's (IBU) independent ethics office and its whistleblower hotline, it was announced today.

The London-based GSI, a joint venture between the The Sports Consultancy and Quest, will be tasked with identifying, investigating and addressing any possible breaches of the IBU's governance, ethics or integrity regulations.

The company, which also works with the International Ski Federation, will "deliver invaluable support by monitoring compliance and ensuring that any breaches are independently investigated", according to IBU President Olle Dahlin.

The Sports Consultancy was co-founded in 2006 by Robert Datnow, the former head of legal at the British Olympic Association, and Angus Buchanan, a former oil and gas litigator.

Quest, meanwhile, was founded by Lord Stevens, the former Metropolitan Police Commissioner who led Scotland Yard’s investigation into the death of the Princess of Wales.

"The IBU is dedicated to protecting the integrity of our sport and promoting good governance within our organisation," Dahlin, elected IBU President last year, added.

"It is vital that we not only reform our governance in line with international best practice but that we also have structures in place to ensure that these high standards are met."

The announcement marks the latest move made by the IBU to further distance itself from its past issues and ensure its governance is in-line with current standards.

In February, the External Review Commission, established by the IBU to lead an independent probe into the accusations levelled at the IBU when it was led by Norwegian Anders Besseberg, set up a confidential whistleblower portal.

The IBU is hoping any details provided through the portal, being operated by Business Keeper AG, will be able to assist the panel in its investigation.

This includes allegations made by the World Anti-Doping Agency Intelligence and Investigations Department that Besseberg had covered up anti-doping rule violations by Russian biathletes, with the assistance of Resch.

The emergence of the allegations plunged the IBU into crisis and saw the International Olympic Committee suspend direct financial payments to the organisation.

Dahlin has attempted to repair the reputation of the IBU since his election to replace Besseberg in September.

Establishing the External Review Commission was one of the first steps taken by the Swede, while the IBU is continuing a process to revamp its constitution.

A strategic plan is also being drawn-up to improve the governance standards at the worldwide governing body.