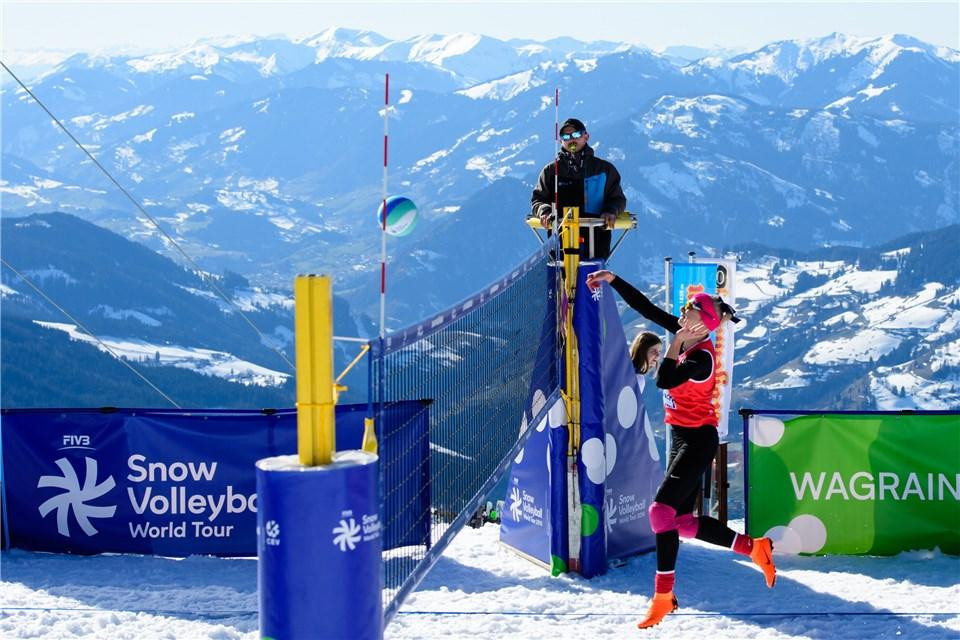 The Czech Republic's second team breezed into the women's semi-finals as their first team were knocked out on the third day of action at the International Volleyball Federation's inaugural Snow Volleyball World Tour event in Austria.

The Czech's other team of Michaela Knoblochova, Lumila Lojkova, Ivana Cebakova and Michaela Smejcka played in the last quarter-final and initially took the lead, only to lose in three sets against Argentina's Julieta Puntin, Cecilia Peralta, Maria Eguenia Tuliz and Maria Virginia Zonta.

The day's first quarter-final was won by the United States as their only team triumphed over Lithuania's trio 15-10, 17-15.

The men's semifinals at Wagrain-Kleinarl 🇦🇹 are set, and we have two Austria 🇦🇹 vs Russia 🇷🇺 matchups! It's Russia 3 vs Austria 2 & Austria 1 vs Russia 1! One of these teams will be the 1st-ever #FIVB SnowVolleyball WT champs!

Argentina will now face Russia, while Dostalova, Zolnercikova and Jakubsova from the Czech Republic will face the US in the semi-finals which are set to take place tomorrow.

In the men's draw two Austrian teams advanced into the semi-finals and are separated in the last four on home snow.

The team of Florian Schnetzer, Alexander Huber, Martin Streitfellner and Christoph Dressler were the first to make it through as they beat Brazil's Marcio Araujo, Gilberto Fiho, Gabriel Gouveia and Pedro Santos 15-12, 15-11.

They were then joined in the semi-finals by their compatriots Felix Friedl, Arwin Kopshar and Maximilian Trummer, who saw off Cameroon's Joseph Boyomo, Didier Hile and Guy Nanga 15-10, 17-15 in the last match of the day.

The other two quarter-finals were both won by Russia in three sets.