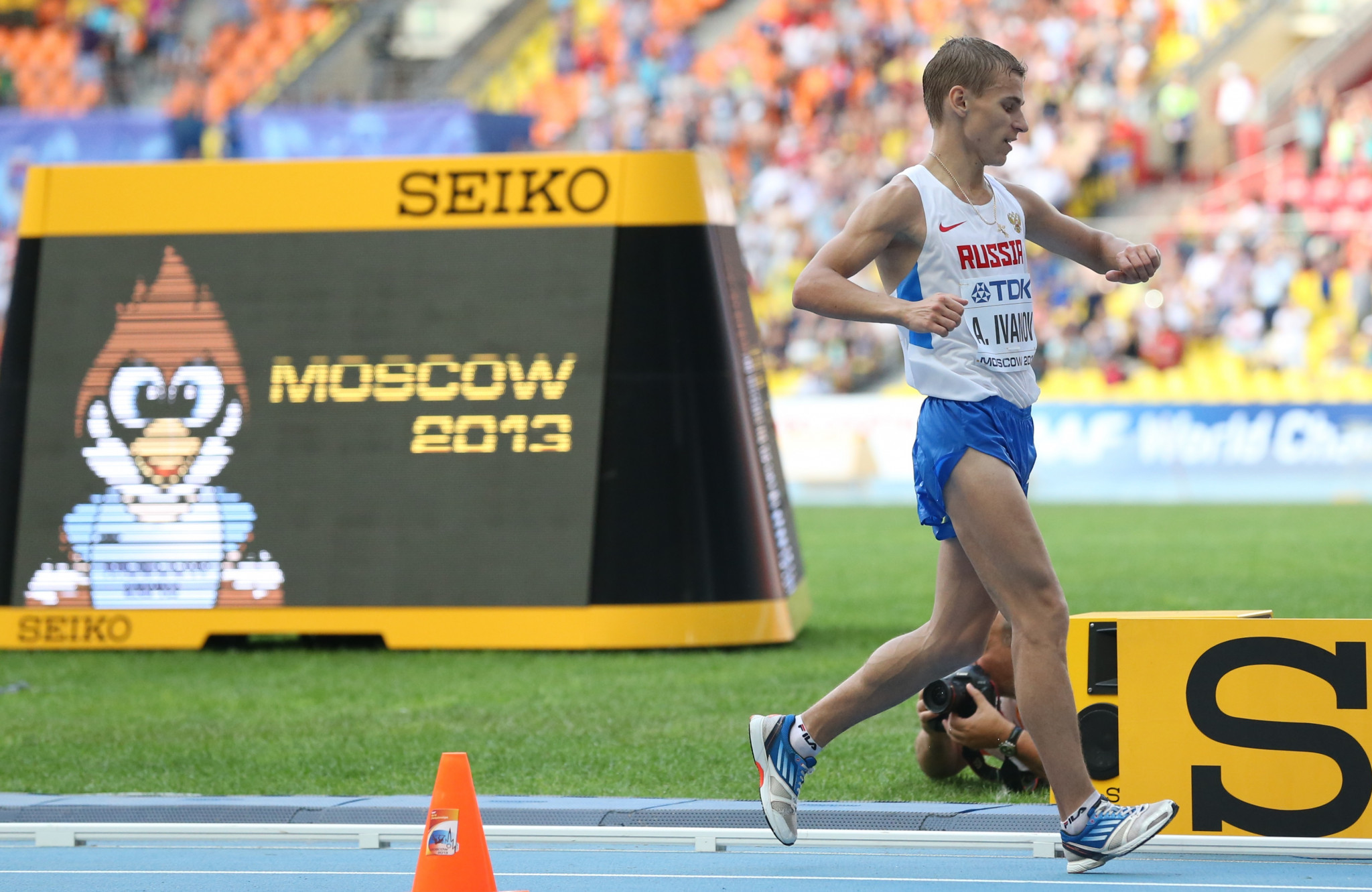 Russian race walker Alexandr Ivanov will be stripped of the gold medal he won in the 20 kilometres event at the 2013 International Association of Athletics Federations (IAAF) World Championships in Moscow after he was found guilty of doping.

The Russian Athletics Federation (RusAF) confirmed in a statement that Ivanov had been given a backdated three-year ban after his biological passport showed abnormalities indicative of doping.

It means he will lose his 2013 world title, as well the European Championships 20km silver medal he claimed in Zurich in 2014 and silver from the 2012 World Junior Championships in Barcelona.

"The athlete is disqualified on the basis of deviations in his blood passport," the RusAF said in a statement.

Ivanov's suspension has been backdated to May 2, 2017, the date he was first suspended pending a hearing.

He was one of the last remaining members of Russia's race walking team to have not received a doping ban before his suspension was confirmed.

Race walking coach Viktor Chegin, linked to more than 30 doping cases, was banned for life in 2016.

Most of these individuals were banned due to biological passport anomalies, suggesting the presence of blood boosting drugs such as erythropoietin.

Russia has been stripped of all but three of the seven gold medals the nation won at its home IAAF World Championships in 2013.