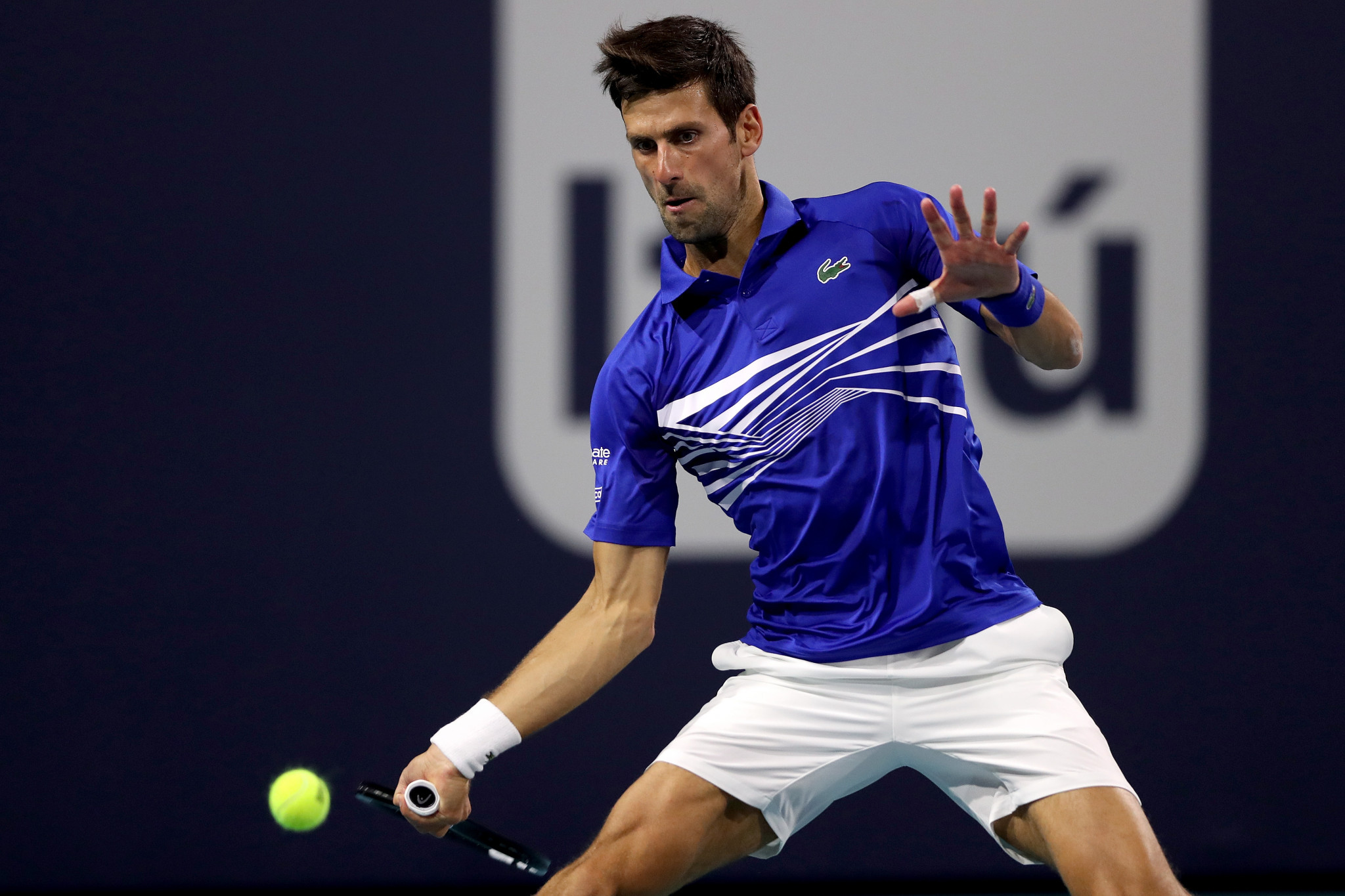 World number one Novak Djokovic began his pursuit of a record seventh title by defeating Bernard Tomic in straight sets at the Miami Open.

Djokovic will take on Federico Delbonis next after the Argentinian beat 32nd seed John Millman of Australia 7-5, 3-6, 7-6.

"I've had quite a lot of court time between my Indian Wells loss in singles and tonight's match," the Serbian said.

"I've worked on everything I need to work on.

"Now it's just a matter of time to build the momentum and build that match play."

Dominic Thiem of Austria, who beat Roger Federer to win the Indian Wells Masters, crashed out at the second-round stage as he suffered a shock 6-4, 6-4 loss to Poland's Hubert Hurkacz.

Osaka looked on course for a comfortable win but dropped the second set before sealing a 6-0, 6-7, 6-1 victory.

Twenty-three time Grand Slam champion Serena Williams was made to work hard for her place in the third round, the American recording a 6-3, 1-6, 6-1 win over Sweden's Rebecca Peterson.