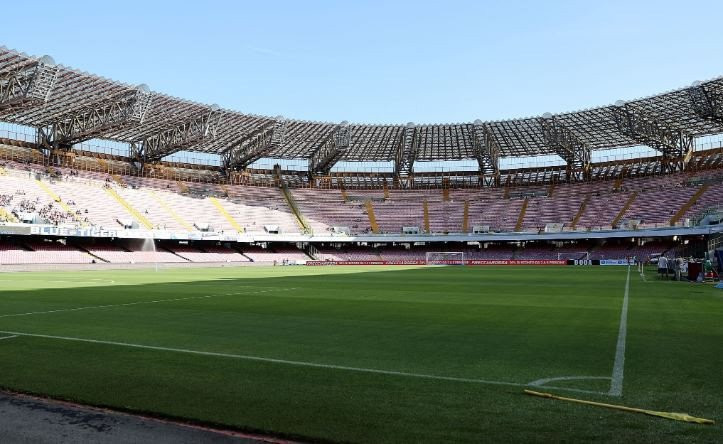 Naples 2019 Special Commissioner Gianluca Basile has revealed a contract has finally been awarded for the refurbishment of San Paolo Stadium, which is scheduled to host the Opening Ceremony and athletics at this year’s Summer Universiade.

Organisers published a tender for the work on their website in January and called on companies to bid for it.

According to the Italian news agency ANSA, the arena requires new seating, glass balustrades and "waterproofing of the walkways".

During a meeting at Palazzo Mosti in Benevento, a city and commune of Campania located 50 kilometres northeast of Naples, Basile said the contract had been awarded by a "temporary association of companies" last Friday (March 15).

The supply contract was released on Wednesday (March 20) with a schedule for the installation.

Basile added that a "colouring proposal", which emerged from the last round table with all interested parties, had been sent to the Campania region, Municipality of Naples and to S.S.C. Napoli, the city’s football club which plays its home games at San Paolo Stadium.

In January, Basile and his team awarded 55 contracts for renovations on facilities which will host the 18 sports at Naples 2019.

He insists preparations are still firmly on track.

"The next Summer Universiade will not only happen in July, but it will be a great event for the Campania region and the whole country," Basile said during the meeting.

"Work will continue in all the sports venues, according to the timetable, and will be completed in due time."

The city's Mayor, Clemente Mastella, who attended the meeting, says it is ready to host not only the competitions but also sports delegations and tourists who want to support their teams.