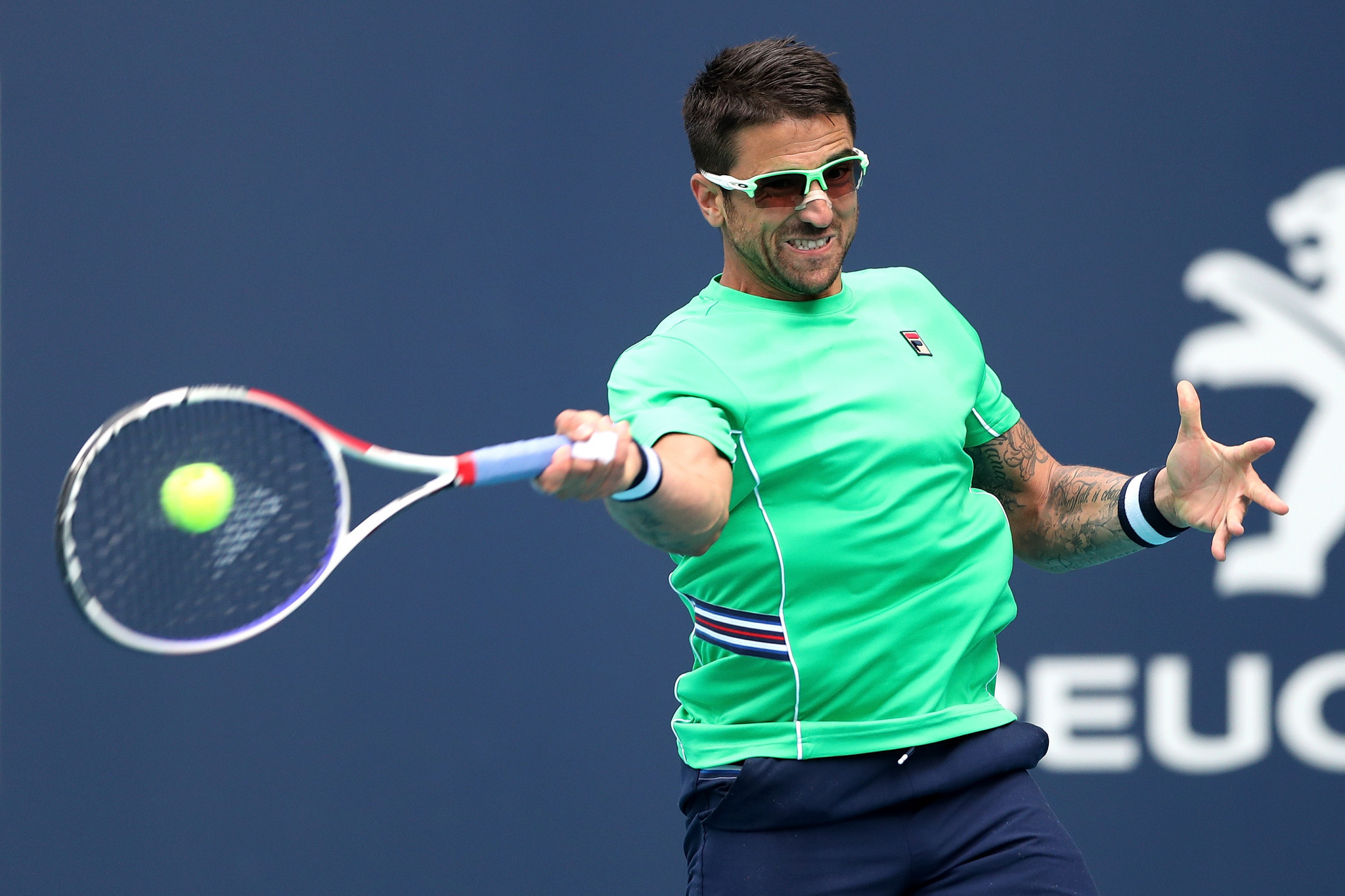 Serbia’s Janko Tipsarević earned his first Association of Tennis Professionals (ATP) Tour-level win since August 2017 on a rain-hit day at the Miami Open.

The 34-year-old beat the United States' Bradley Klahn 6-3, 6-3 at the Hard Rock Stadium, booking his place in the second round of the ATP Tour Masters 1000 event.

Tipsarević, the former world number eight, is playing in his third tournament of the season after missing all of 2018 to recover from surgeries on both hamstring tendons.

He will next face Spain’s Roberto Bautista Agut, the 22nd seed who received a bye through to round two.

Other winners on a rainy day included Poland's Hubert Hurkacz, a quarter-finalist at the Indian Wells Masters earlier this month before losing to Swiss legend Roger Federer.

Elsewhere, Germany's Mischa Zverev saved eight match points in the second set of his victory over Spanish wild card Nicola Kuhn, who retired at 2-2 in the deciding set.

The 17-year-old overcame former top-10 player Andrea Petkovic of Germany 6-4, 6-3 in just under an hour and a half.

She will take on Estonia’s Anett Kontaveit in her next match.

"She's always bringing a little bit of a next level and a good game," Azarenka, the former world number one, said of Cibulková.

There are a whopping 26 first-round singles matches on the men's schedule.

No play was possible yesterday due to heavy rain.