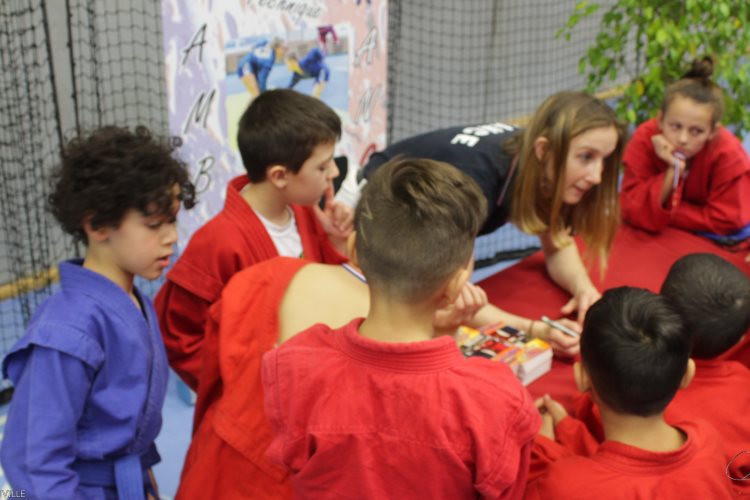 Fournier, the chairperson of the International Sambo Federation (FIAS) Athletes' Commission, was on hand to limber up the young sambists competing.

She spent the rest of the day speaking to and having photos with athletes and fans.

In December, Fournier, winner of the women’s 56 kilograms gold medal at the World Championship in Bucharest a month earlier, hailed as "an amazing achievement" sambo’s provisional recognition by the International Olympic Committee (IOC).

She predicted the recognition "opens a bright future" for the sport.

The IOC announced its provisional recognition, which is set to last for three years, following an Executive Board meeting in Tokyo.

It means FIAS will be eligible for funding from the IOC, including grants for development programmes.

Fournier was elected chairperson of the FIAS Athletes' Commission in December 2017.

The Frenchwoman automatically became a member of the FIAS Executive Committee after her appointment, in line with the world governing body's statutes.