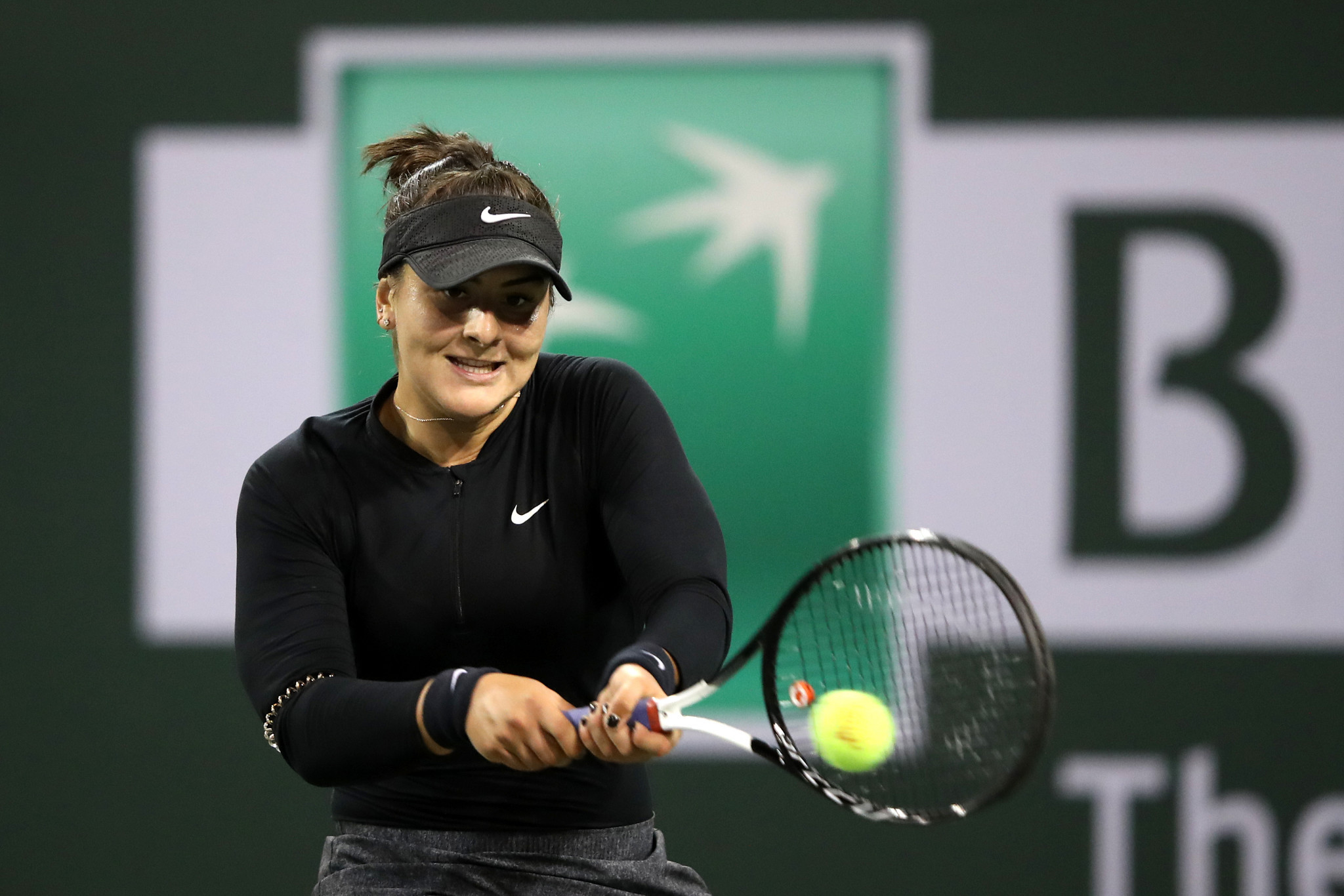 Canada's Bianca Andreescu defeated Ukraine's Elina Svitolina in the semi-final of the Indian Wells Masters to become the first wildcard to reach the women's final of the competition.

The 18-year-old beat Svitolina 6-3, 2-6, 6-4 in the semi-finals of the Women’s Tennis Association Premier Mandatory event at the Indian Wells Tennis Garden.

"I really need a moment to soak this all in," she said.

"This is just so incredible.

"This past week has been a dream come true."

She is now scheduled to meet world number eight and reigning Wimbledon champion Angelique Kerber of Germany in the final.

In the men's Association of Tennis Professionals Masters 1000 event, Switzerland's Roger Federer and Spain's Rafael Nadal will meet for the first time since 2017 in the semi-finals of the competition.

Federer won against Poland's Hubert Hurkacz 6-4 6-4 in his quarter-final tie, while Nadal battled against Russia's Karen Khachanov to eventually win 7-6, 7-6.

Nadal required treatment on his knee during the match.

"I will try my best to recover - these are the matches I want to play," he said.

"To play against my biggest rival at the later stages of our careers and to keep competing against each other is great."

The two last met in the final of the Shanghai Masters in October 2017, with Federer emerging triumphant in that clash.

The men's semi-final are set to take place tomorrow, while the women's final will be on Sunday (March 17).