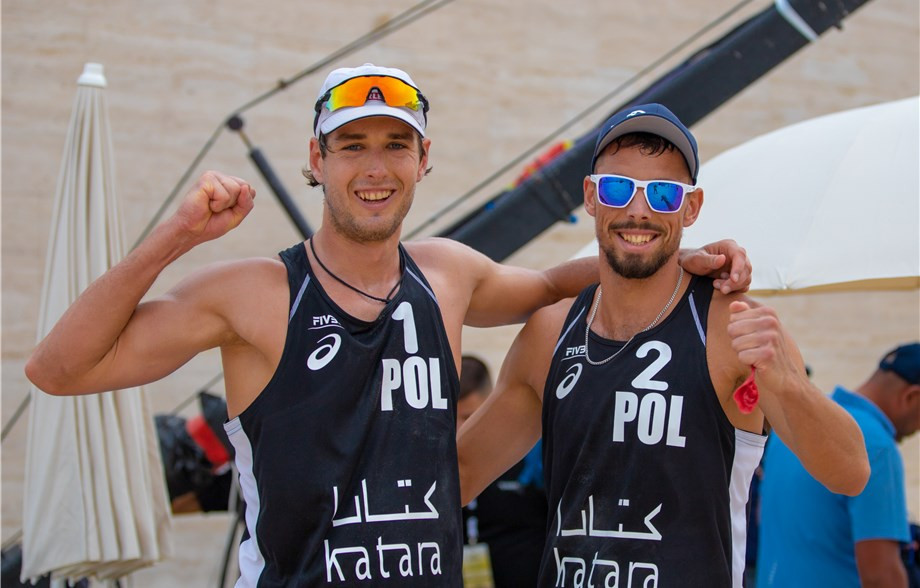 Poland's Piotr Kantor and Bartosz Losiak ensured that they will at least match their 2018 result as they reached the quarter-finals of the International Volleyball Federation Beach Volleyball World Tour Doha four-star event today.

Since reaching the 2018 quarter-finals the Polish duo have won one gold, one silver and one bronze on the World Tour.

Joining them in the last eight are the evergreen Pablo Herrera and his long-time partner Adrian Gavira, who are chasing their first World Tour gold since they won the Ostrava four-star in June 2018.

"We know them well and they know us well because we train together in Spain," Gavira said.

"It was a really tough match, but we've been playing really well in this tournament especially with our side-outs.

"I'm not sure if we're playing Brazil or Russia next, but if we play like this we have a chance.

"Now we have to rest well."

The Katara Beach Cup represents the fifth time that Qatar has hosted a World Tour tournament.

It began on March 12 and finishes on March 16 at the Katara Cultural Village.