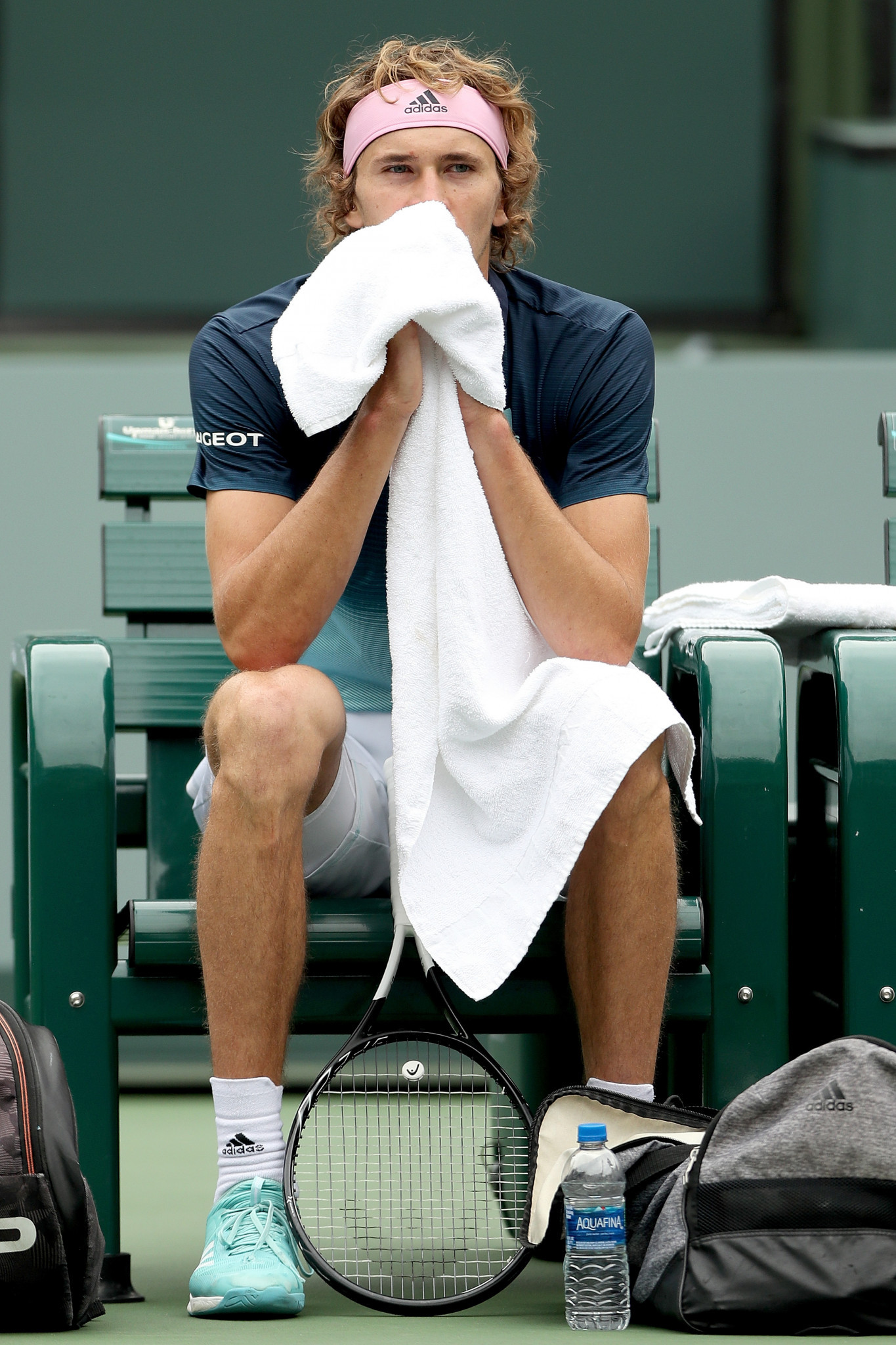 Alexander Zverev, the third seed, made a third round exit at the Indian Wells Masters as he was hampered by the same kind of illness that caused Serena Williams to retire from her match the previous day.

He was joined on the sidelines by Latvia's Anastasija Sevastova, who pulled out when 5-0 down in her third round match against Estonia's Anett Kontaveit with what the Women’s Tennis Association said was a "viral illness".

Williams had retired from her match at the Indian Wells Tennis Garden in California citing "extreme dizziness and extreme fatigue".

"I have been sick for a week - that hasn't changed unfortunately," said the world number three.

"I think I just got unlucky, got a virus somewhere and that's how it is."

The Japanese world number one had her serve broken early but recovered, hitting 29 winners en-route to a 6-4, 6-2 victory.

Osaka will play Belinda Bencic next after the Swiss beat Ekaterina Alexandrova of Russia 6-4, 6-2.

Venus Williams also progressed with a 6-2, 7-5 win over qualifier Christina McHale in an all-American clash.

The 38-year-old, who beat Petra Kvitova in the last round after being a set and a double break down, lost the first game on serve but won the next five to take the first set.

She then came from 3-1 down in the second to win in an hour and 25 minutes.

In the men's draw, world number one Novak Djokovic's third-round match against German Philipp Kohlschreiber was suspended due to rain with the Serbian leading 1-0 in the first set.

Canada's Milos Raonic reached the fourth round after coming from a break down in the decider to beat American qualifier Marcos Giron 4-6, 6-4, 6-4.

Action continues on the hard courts of Indian Wells tomorrow.

The event is an Association of Tennis Professionals World Tour Masters 1000 competition and a Women's Tennis Association Premier Mandatory tournament.