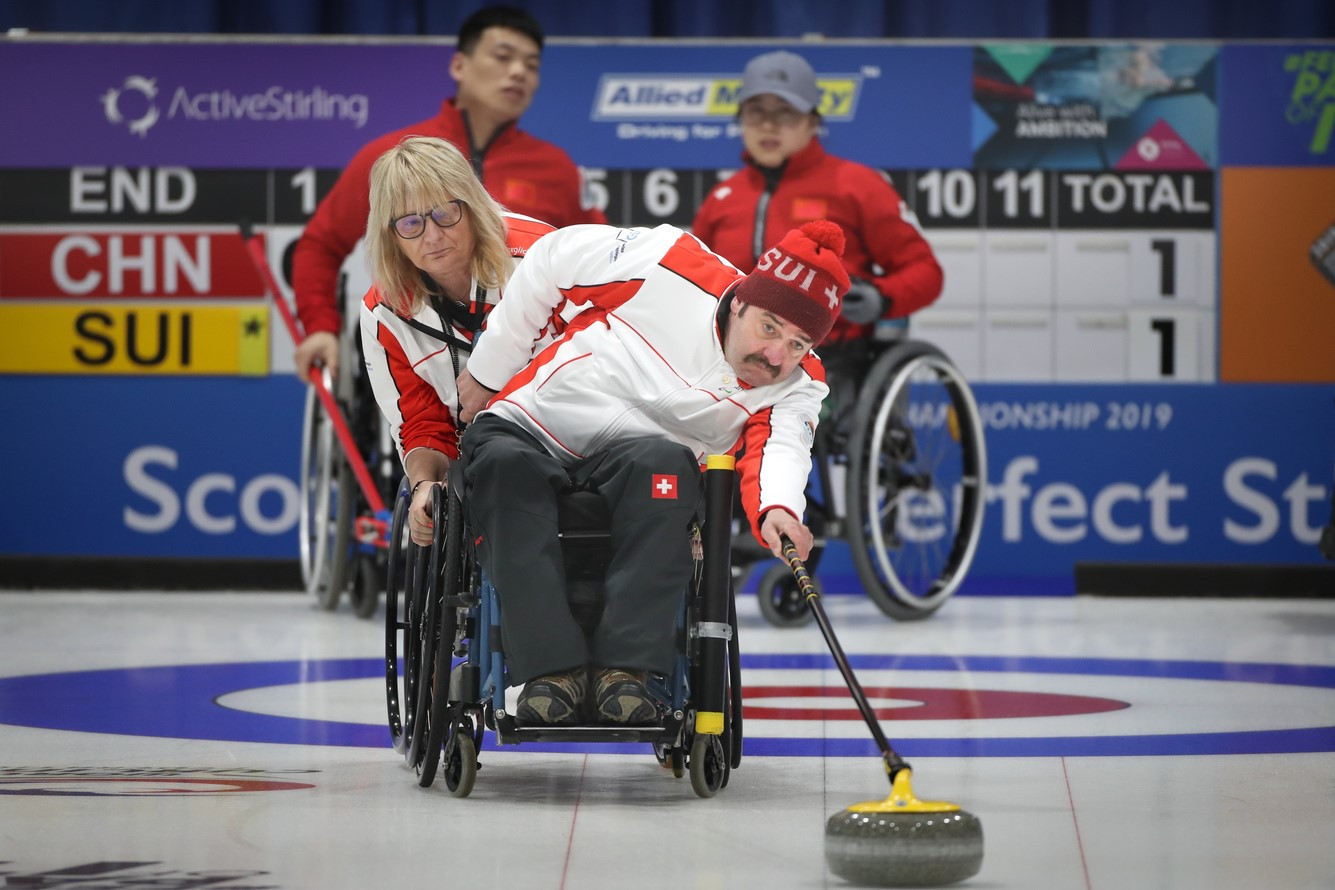 Switzerland has been awarded the 2020 edition of the World Wheelchair Curling Championship.

Action will take place at Curling Hall Wetzikon, which is 30 kilometres to the south-west of Zurich.

Twelve teams are due to take part next year with dates of February 29 to March 7 set.

The Swiss have qualified automatically as hosts, with the top eight from this year's event which concluded in Stirling yesterday also assured of a spot.

South Korea, Norway, Slovakia, Russia, Estonia and Latvia also did enough in Stirling to seal a place in Wetzikon.

Three remaining teams will make up the field from the World Wheelchair-B Curling Championship, to be held this year in Lohja in Finland between November 28 and December 2.

"I am delighted that we will return to Switzerland for the World Wheelchair Curling Championship 2020," said World Curling Federation President Kate Caithness.

"I am looking forward to seeing how the local community embraces this event as it is the first international curling championship we have hosted in Wetzikon.

"I am in no doubt that the Organising Committee will do an outstanding job in welcoming the world's best wheelchair curlers."

Switzerland has hosted the World Wheelchair Curling Championship four times - with the first two editions in Sursee in 2002 and 2004.

The same city was host again in 2008 before Lucerne took centre stage in 2016.

"The experienced Organising Committee of the World Wheelchair Championships in 2002, 2004, 2008 and 2016 and the international tournament in Wetzikon is happy to welcome the best 12 teams to Switzerland.

"We're proud to be part of the long term development of wheelchair curling and we're looking forward to celebrating our fifth edition of the World Wheelchair Curling Championship together with the World Curling Federation, the players, officials and team members from all over the world."