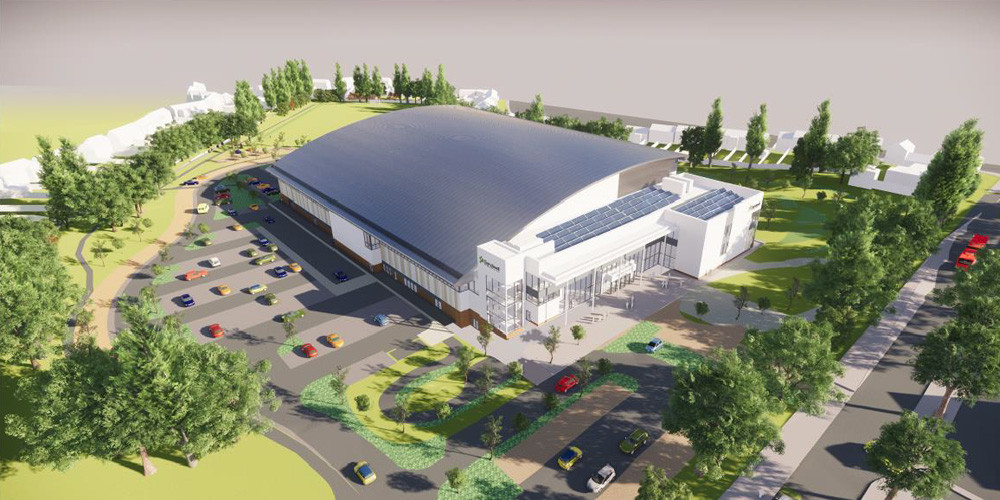 Plans for a new Aquatics Centre to be used during the 2022 Commonwealth Games in Birmingham are set to be approved this week.

The Planning Committee at Sandwell Council are due to meet on Wednesday (March 13) to decide whether to approve the Centre's construction.

If the go ahead is given, a complex boasting a dry-dive facility, a 108-station gym, three activity studios and a Olympic-sized 50 metres swimming pool will be built in Smethwick.

It will also feature an eight-court sports hall, an indoor cycling studio, changing facilities, a sauna, a café and parking for 450 cars at a cost of £60 million ($78 million/€69.5 million).

The pool will boast 1,000 permanent spectator seats, while a further 4,000 temporary seats would be installed for the Commonwealth Games.

The site has been designed by the architects Roberts Limbrick, who also worked on the Wales National Pool.

A planning officer has reportedly recommended the project be approved, despite the police objecting to the plans due to a lack of "secure design principles and anti-terrorism measures".

According to the Express & Star, more than 200 people have also signed a petition objecting to the plans.

The "Save Londonderry Playing Fields" group wants to preserve the green space where the facility is set to be built.

When the application was submitted in January, Councillor Bill Gavan thanked those who gave comments on the proposal.

"The feedback has been used in our planning application to ensure the Centre will meet the needs of Sandwell residents for generations to come," he is quoted by Insider Media.

Councillor Steve Crow told the Express & Star: "I haven't got any figures but the work that was done on the consultation for the Aquatic Centre, in terms of the responses, it was strongly supported.

"But I recognise there may be a number of people that may be anxious about it.

"And we will certainly listen to them as well as take the feelings of the majority of the people that did submit their thoughts and support through the consultation stage.

"We do have to respect that of course."