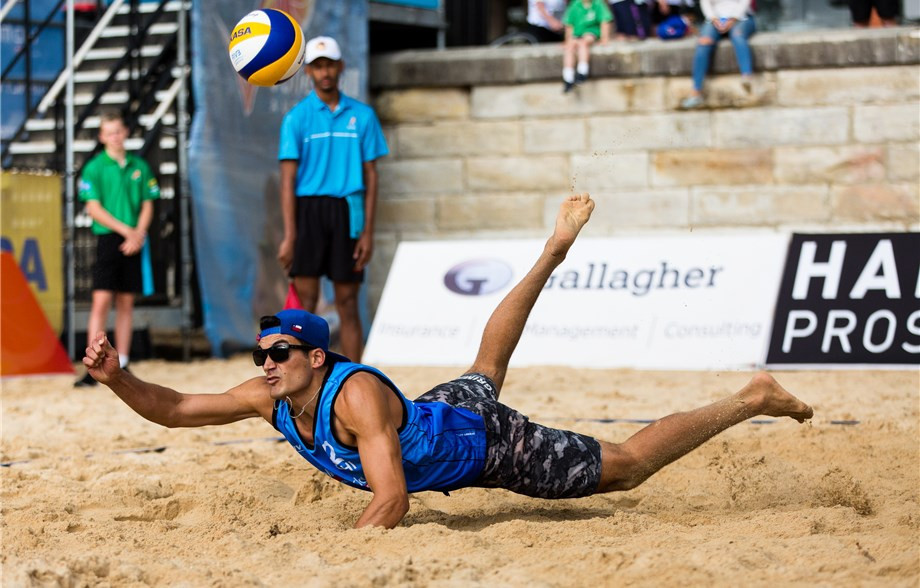 The Grimalts started with a 21-14, 21-16 win at Manly Beach over Australia's Paul Burnett and Maximillian Guehrer and completed their dominance in Pool B with another straight-sets victory, 25-23, 21-14, over Estonia's Mart Tiisar and Kusti Nolvak.

"We are very happy with how we played in both matches, especially in the second match, where we were able to turn the first set around in our favour when we were down 20-18," Esteban said.

He added that he believes playing at such a high level at the start of the tournament could help them to build-up momentum in their efforts to qualify for the Olympic Games in Tokyo.

"We need to get more matches at this level to continue improving ourselves because we want to qualify again to the Olympics," he said.

"We were the first beach volleyball team in Chile to qualify for the Olympics and make this discipline a profession.

"We want to continue to grow ourselves and our sport in Chile."

Also making a big splash in the tournament are the United States' Theodore Brunner and William Reid Priddy who have maintained their winning momentum after five matches in Sydney.

In the women's competition former world champion and Olympic bronze medallist Xue Chen took on the role of the leader of the Chinese teams that recorded victories in the first round of pool play.

"I am the leader of the group probably because I am the oldest and the most experienced," the 30-year-old Xue said.

"I take this responsibility seriously and I act as a role model to my younger team-mates.

"I train harder so that they will also train hard."

"This is the first match for me and my partner this year," said Xue.

"This win gives our team a lot of confidence in this competition."

Top seeds Taliqua Clancy and Mariafe Artacho Del Solar of Australia cruised to a straight-set win to lead their pool.