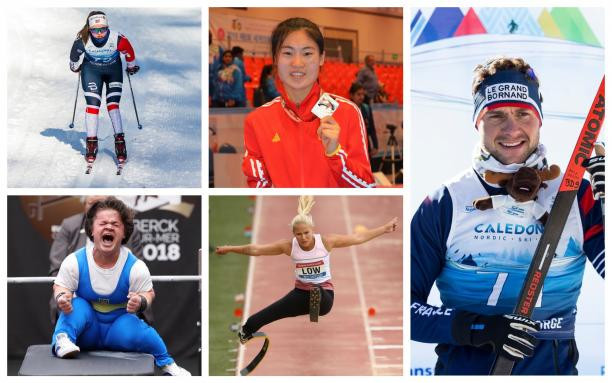 Two stars of the Para Nordic Skiing World Championships in Canada are among the nominees for the International Paralympic Committee's Allianz Athlete of the Month for February prize.

Both France's Benjamin Daviet and Norway's Vilde Nilsen have been shortlisted following their achievements in Prince George.

Daviet won an amazing five world titles across cross-country and biathlon with 18-year-old Nilsen clinching three individual honours of her own.

Three other athletes are also in the frame for the monthly prize.

Taekwondo player Yujie Li is listed after winning a surprise World Championship gold in the K44 under-58 kilograms division in Antalya in Turkey.

Ukraine's powerlifter Mariana Shevchuk is another put forward after she broke her own world record at the Dubai World Cup.

She lifted 131kg as she prevailed in the under-55kg class.

She achieved the feat after two years away from the sport with a back injury.

The public can vote for their winner on the IPC website here.

Nominations are compiled after submissions by National Paralympic Committees and International Federations.