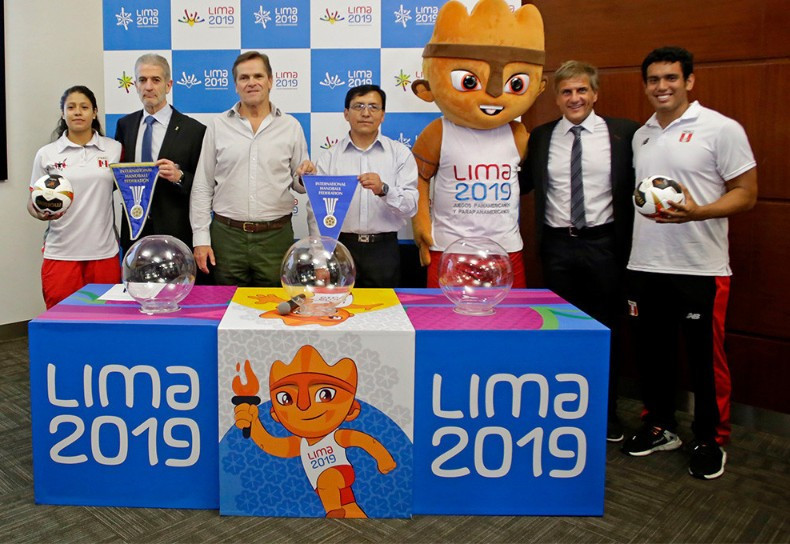 The draw for the handball competitions at the Lima 2019 Pan American Games has been completed in Peru's capital.

It was the first draw made in any of the team sports which are on the Games programme.

César Gonzales Acevedo, the Peruvian Handball Federation President, was another to witness the draw.

In the men's tournament, Group A will feature United States, Cuba, Argentina and a yet-to-be determined repechage qualifier.

Hosts Peru will play in Group B with Brazil, Mexico and Puerto Rico.

The women's event sees Cuba, Puerto Rico, Brazil and the repechage qualifier in Group A.

Peru are in Group B with the US, Dominican Republic and Argentina.

The men's repechage qualifier will either be Chile, Dominican Republic or Colombia who will contest a last-chance tournament in Santiago between April 11 and 13.

Chile, Mexico, Guatemala and Canada will play the women's qualification tournament in Mexico City between March 26 and 28.

"With the conformation of this draw begins the route to Lima 2019," said Neuhaus.

The top two sides from each group will reach the semi-finals with both winners earning a spot at the Tokyo 2020 Olympic Games.

Brazil won both the men's and women's gold medals at the last Pan American Games in Toronto in 2015.