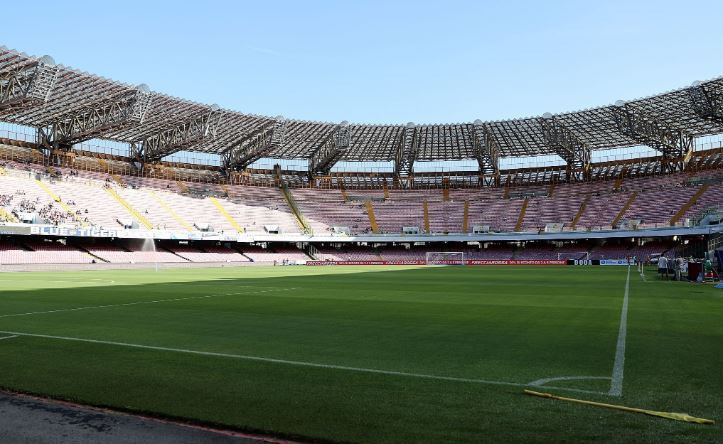 The International University Sports Federation (FISU) are awaiting confirmation of the venue for the Naples 2019 Closing Ceremony and the route for the flame relay, with just four months to go until the Summer Universiade.

Organisers provided an update of preparations to FISU at the ongoing Winter Universiade here in Krasnoyarsk.

Naples 2019 are yet to make a final decision on the venue for the Closing Ceremony, which is due to be held on July 14 in the Italian city.

The Opening Ceremony will take place on July 3 at the San Paolo Stadium, home of Serie A football team Napoli.

Renovations are set to take place at the 60,000-seater venue in preparation for the Universiade, which will also host athletics competitions.

FISU added that a full route for the flame relay has yet to be finalised by organisers.

An outline of the route was given by Naples 2019 in November.

The flame is due to depart from Turin, which is considered the spiritual home of the Universiade having hosted the first event in 1959.

Following its stay in the Northern Italian city it will then visit Lausanne in Switzerland, where the International University Sport Federation is based.

The flame will then visit Italy's capital city Rome, before arriving in the Campania region for the start of the Universiade in Naples.

Having received a report from Naples 2019 special commissioner Gianluca Basile, FISU also stated a delegation visa policy was still yet to be defined.

Basile claimed organisers needed to "find a way to accelerate the process".

A mascot for the Universiade has also yet to be decided, despite Naples 2019 launching a competition last March which invited the public to propose designs.

The chosen design will succeed Bravo, the mascot for last year's Summer Universiade in Taipei.

Bravo was based on the Formosan black bear, a species endemic in Chinese Taipei.

Naples 2019 informed FISU they would also launch a tender process this week for the Universiade's communications strategy plan.

Summer Universiade Supervision Committee President Leonz Eder last month claimed the progress of preparations for Naples 2019 was promising, but warned there are still hurdles to overcome.

The Organising Committee has had less time than normal to prepare for the event, having only been confirmed as hosts in May 2016.

The Brazilian capital Brasilia was originally supposed to host but the city pulled out in 2014 citing financial concerns.

Naples 2019 have announced that a host broadcaster for the Universiade has been secured.

Microplus was selected as the event's timing and scoring provider, reprising the role the company are taking at the Winter Universiade here.

The Athletes' Village, which will be based in Stazione Marittime di Napoli on cruise ships, will open with the docking of the ships on the June 27, according to organisers.